US Probes Alleged Price-Gouging by Airlines After Amtrak Crash 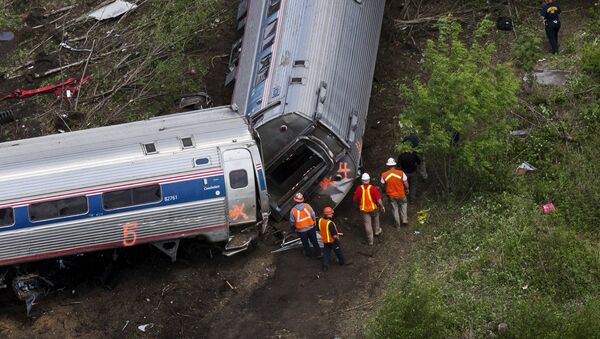 © REUTERS / Lucas Jackson
Subscribe
International
India
Africa
The US government will look into whether US airlines intentionally increased prices on flights between Washington, DC, and New York City after an Amtrak crash in spring disabled train service, US Transportation Secretary Anthony Foxx said in a statement on Friday.

WASHINGTON (Sputnik) — “This Department takes all allegations of airline price-gouging seriously, and we will pursue a thorough investigation of these consumer complaints,” Foxx said.

On May 12, Amtrak train 188 derailed near Philadelphia, killing eight passengers and injuring more than 200. In the result, Amtrak service between New York City and Washington, DC, was suspended for six days.

The media reported US airlines had dramatically raised airfares after the Amtrak rail service disruption, raising ticket prices up to 5 times.

US DoJ Probes Price-Gouging by Sikorsky Aircraft Corp
“The idea that any business would seek to take advantage of stranded rail passengers in the wake of such a tragic event is unacceptable,” Foxx said.

US Senator Chris Murphy, who originally urged the US government to conduct the probe, applauded the Transportation Department for launching the investigation in a press release on Friday.

Murphy stressed it is unacceptable for US airlines to make profit from the tragedy, and added he will ensure the companies are held accountable if any wrongdoing is proved.