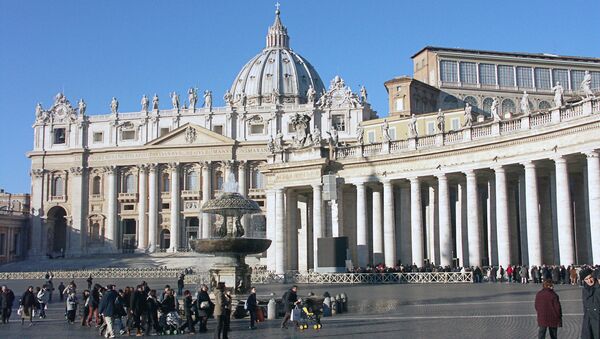 “Italian companies that exported to Russia for decades are losing about eight million euros a day because we are lacking exports. We have lost about a total of two billion euros from exports," Ernesto Ferlenghi, president of the General Confederation of Italian Industry said.

Ferlenghi warns that this dangerous development can turn out to be a long one.

"Unfortunately, the figures confirm the 2014 trend," he said.

Counterproductive Anti-Russia Sanctions to be Prolonged – French Politician
However, Italians are not ready to give up the profitable Russian market without a fight. Italian Prime Minister Matteo Renzi and Russian President Vladimir Putin recently agreed to seek ways to improve bilateral trade relations in spite of the sanctions.

Italian enterprises are trying to maintain their presence in the Russian market in other forms.

"We want to keep our previous market share by means of a new strategy, by means of the construction of joint ventures and […] the exchange of know-how."

Ferlenghi pointed out that German (and other European) companies are dramatically affected by the sanctions as well. On Thursday, the Committee on Eastern European Economic Relations had announced that German exports to Russia have plummeted by over 30 percent.