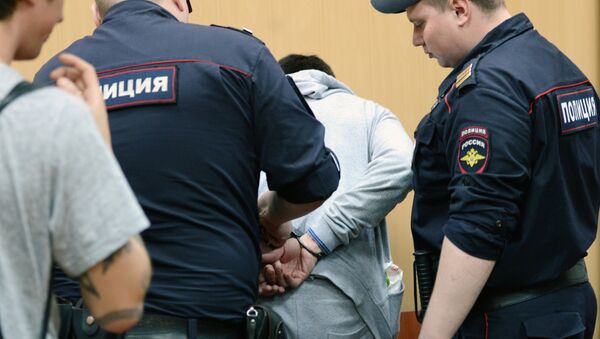 At least 30 suspected ISIL recruiters were detained in Balashikha, about 20 km east of the Russian capital, social media reports suggested on Friday.

Russian Interior Ministry officials have confirmed to RT that they made arrests in Moscow's suburb.

More than 30 people were detained in a mosque on Pervomayskaya Street in suspicion of distributing extremist materials and volunteers recruintment, according to a post on the town’s community Facebook page.

According to the Russian Interior Ministry more than 300 specialists were allocated to fight ISIL in Moscow. The Federal Security Service (FSB) has also created special unit to fight ISIL recruiters in the North Caucasus, especially in such regions as Dagestan, Ingushetia, Kabardino-Balkaria, Adygeya, Karachaevo-Cherkessia and Chechnya.

The Islamic State is an extremist group, notorious for its human rights atrocities, that has seized large parts of Iraq and Syria over the past three years.