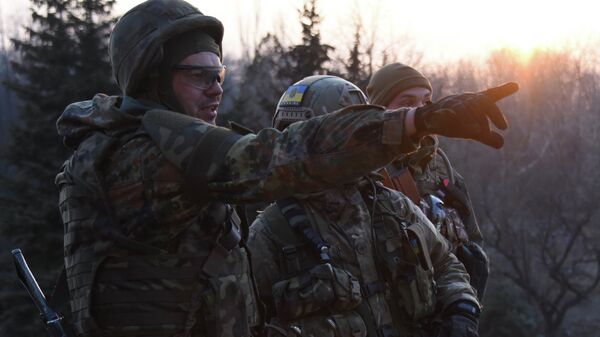 The leaders of the Normandy Quartet (Germany, France, Russia, Ukraine), are calling for an urgent withdrawal of Ukrainian forces from the village of Shirokino in Ukraine’s southeast, the Elysee Palace said in a statement.

According to the Organization for Security and Co-operation in Europe (OSCE), the situation has been tense in the village of Shyrokyne (Shirokino), located in Ukraine’s southeastern region of Donetsk.

Shyrokyne was considered neutral territory in the internal armed conflict that started in Ukraine’s southeast in April, 2014, when Kiev launched a military operation against Donetsk and Lugansk independence supporters.

At the beginning of 2015 fighting in Ukraine’s southeast intensified, with the Donetsk Airport and Shyrokyne being some of the hotspots of violence.

At the start of February, Shyrokyne was seized by Kiev forces.

In mid-February, Kiev and the self-proclaimed people’s republics of Lugansk and Donetsk (LPR and DPR) signed a ceasefire agreement after Normandy Quartet talks in the Belarusian capital, Minsk. However, both sides have since repeatedly accused each other of violating the deal. 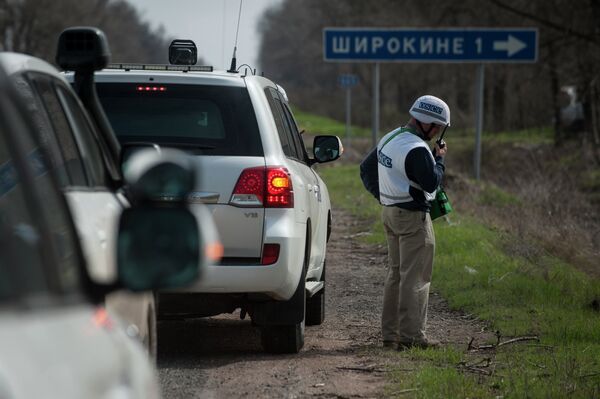 An OSCE observer speaks via radio, in front of the sign saying Shyrokyne, near the village of Shyrokyne, eastern Ukraine
© AP Photo / Evgeniy Maloletka
Newsfeed
0
Access to the chat has been blocked for violating the rules . You will be able to participate again through:∞. If you do not agree with the blocking, please use the feedback form
The discussion is closed. You can participate in the discussion within 24 hours after the publication of the article.
To participate in the discussion
log in or register
loader
Chats
Заголовок открываемого материала