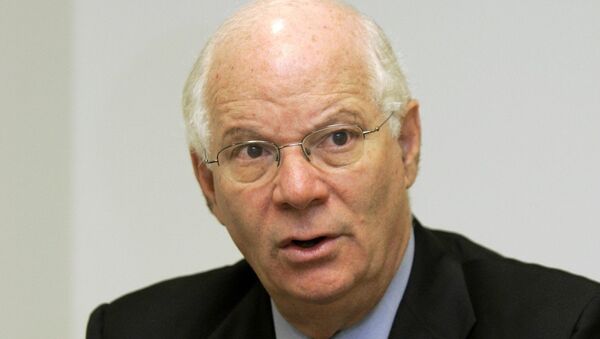 Increased trade between Russia and Iran in the wake of the international agreement on Tehran’s nuclear program is a concern for the United States, US Senator Ben Cardin told Sputnik on Thursday.

WASHINGTON (Sputnik), Leandra Bernstein — On July 14, the P5+1 countries — the United States, Russia, France, Britain, China, and Germany — reached an agreement with Iran to relieve economic sanctions in exchange for assurances that it will not seek to develop or acquire a nuclear weapon.

“We know, though, under the terms of this agreement, that Russia will have no hesitancy to be involved in Iran’s economy, and that is a concern.”

Russia, Iran to Expand Cooperation in Peaceful Nuclear Energy
Cardin, ranking member of the US Senate Foreign Relations Committee, noted that regardless of the nuclear agreement, the expansion of trade between Russia and Iran “has always been a concern.”

The United States has already expressed disapproval over Russian plans to deliver a S-300 air defense system to Iran, fulfilling a contract from 2007. Washington, however, has acknowledged the legality of the deal.

Enhanced Russian-Iranian trade could also result from future Iranian membership in the Shanghai Cooperation Organization (SCO), a proposition discussed on the sidelines of the recent SCO meeting in Ufa, Russia earlier in July.