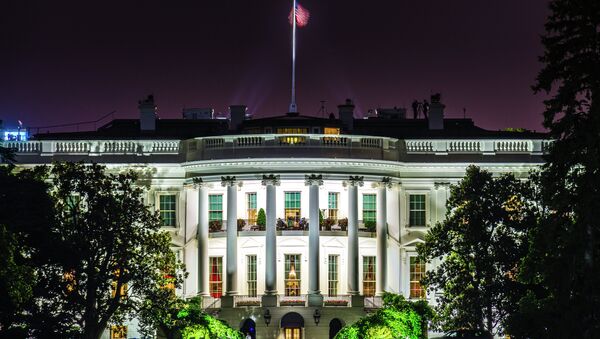 © Flickr / Glenn Pope
Subscribe
International
India
Africa
The Obama administration has adopted a tough attitude toward any nation that has an independent foreign policy and refuses to bow down to Washington, American scholar James Henry Fetzer notes.

In an interview with Press TV, journalist with Veterans Truth Network and retired professor James Henry Fetzer noted that Washington is anxious about the rise of Russia and China and is going to do whatever it takes to retrain the emerging powers.

"The United States is now attempting to focus on China and Russia, no doubt in large measure because of the emergence of the BRICS, [whose] banking system worldwide is going to replace the International Monetary Fund and the World Bank," Fetzer stressed.

War Profiteers: Victoria Nuland and Co. Making Money on Endless Wars
The scholar underscored that Washington has adopted "the rigid" attitude toward those countries which conduct an independent foreign policy, refusing to bow down to the White House decision makers. Such countries are viewed by Washington as a threat, according to Fetzer.

"Our [the US'] first objective is to prevent the re-emergence of a new rival, either on the territory of the former Soviet Union or elsewhere that poses a threat of the order of that posed formerly by the Soviet Union. This is a dominant consideration underlying the new regional defense strategy and requires that we endeavor to prevent any hostile power from dominating a region whose resources would, under consolidated control, be sufficient to general global power."

Nuclear Buildup in EU: Who Benefits From Aggravating US-Russian Tensions?
Fetzer commented on the recent statement of US Army General Mark Milley's regarding Russia's nuclear "threat," pointing out that the general's allegations are ridiculous.

"Russia is the only country on earth that contains a nuclear capability that could destroy the United States," the general emphasized addressing the members of the Senate Armed Services Committee on Tuesday. The general added that since 2008 Russia's activity has been "very aggressive."

The scholar stressed that the general's statement is "incoherent in relation to the history of the relationship between the Soviet Union and the United States." Fetzer narrated that during the Cold War the USSR and the United States had co-existed peacefully, while possessing massive nuclear ballistic weapons capable of annihilating the other.

Pentagon on the Warpath: Does Russia Indeed Pose a Threat to US?
Surprisingly, now the US general claims that Russia's nuclear arsenal has become a "threat" to America's security. "It's completely bewildering. It makes no sense," the analyst noted.

Washington's recent warmongering rhetoric toward Russia and China indicates that the Obama administration is putting into place neocons and military hawks, he pointed out.

"In a way, these threatening remarks are bad news, because they reflect the worldwide policy of the United States. But unless the United States wants itself to undergo national annihilation, it would be insane for it to attempt to attack Russia," James Henry Fetzer warned.