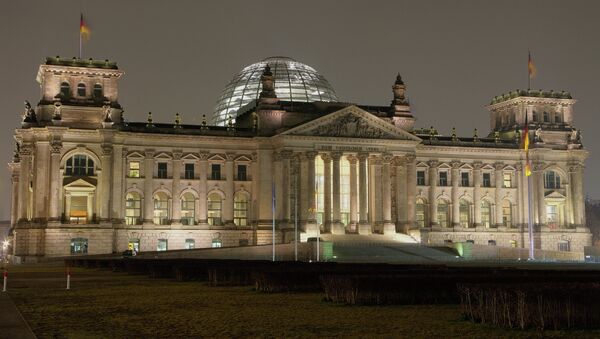 Farmers Suffer From Absurd EU Sanctions Against Russia – French Lawmaker
MOSCOW/BERLIN (Sputnik) — German exports to Russia in 2015 may decrease by over 30 percent to some $22 billion, the Eastern Committee of German Economy said in a press release on Thursday.

"Extrapolated on the whole year of 2015, we must base on a decline in German export to Russia to tens of billions of euros ending with the total of only 20 billion euros [some $22 billion]," the committee's head Eckhard Cordes said, as quoted in the press release.

In 2014, Russia banned the import of many food products from EU countries, the United States, Australia, Canada, and Norway. The move was a response to economic sanctions imposed on Moscow by Western nations alleging interference in Ukraine's internal military conflict.

European Exporters Want an End to Anti-Russian Sanctions – Deputy FM
"Business relationships built up in decades as well as common perspectives are collapsing straight away, the economic sanctions are an essential factor for that. Everything possible must be done to ensure that we come out as quickly as possible out of this dead end," Cordes said.

According to the press release, German exports to Belarus, Ukraine, and Kazakhstan in the first five months of 2015 decreased by 31, 29, and 26 percent respectively.

Romania, Bulgaria, and Croatia were named the only Eastern European countries with a positive prospect of German export growth in 2015.