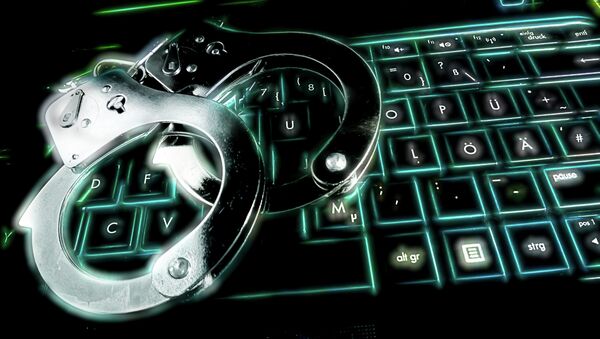 © Flickr / Dennis Skley
Subscribe
International
India
Africa
The Bundeswehr is planning to unfold its "offensive capabilities" in cyber warfare. A new strategy paper of the Ministry of Defense considers the Internet as a potential war zone.

The Bundeswehr is facing a major change of its strategy in cyber warfare. In addition to defense against cyberattacks, the German army is due to perform attacks on foreign states, DWN wrote, referring to a strategy paper of the German Ministry of Defense.

Sky High Cost of Cybercrime Predicted to Hit the Clouds
The strategy guidelines serve as a basis for the new White Paper of the Bundeswehr, which will be released in 2016 and is designed to define the German security policy orientation.

According to the guidelines, Germany has to play a decisive role in cyberspace. Internet and other communication platforms are defined as a new "operating room" of the Bundeswehr besides classical threats on land as well as in the air, sea and space.

The more advanced technologies a country has, the greater the security threat is, she added.

Germany faces increasing cyberattacks on its infrastructure. Therefore, according to German officials, the Bundeswehr should be responsible for "the defense against cyberattacks, which represent an armed attack on Germany" in the future.

German Bundeswehr to Take Part in US-Led War Games in Ukraine
The use of the armed forces can be allowed in the event of attacks on critical infrastructure, such as communications or transport networks, as reported by Spiegel.

In order to fulfill this new role, the IT resources should be increased and centralized, German officials argue.