Most Americans Support Allowing Illegal Immigrants to Remain in US - Poll 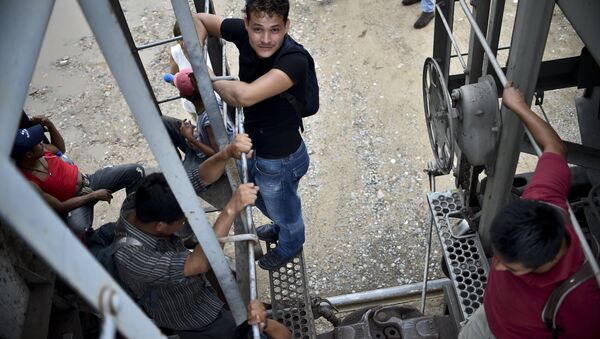 According to the poll conducted by the Washington Post and ABC News, six in 10 Americans support the idea of permitting illegal immigrants to stay in the US.

Trump to Visit US-Mexican Border Amid Comments About Immigrants
WASHINGTON (Sputnik) – The majority of US citizens think that illegal immigrants should be permitted to stay in the country and have an opportunity to get a legal status, a new Washington Post-ABC News poll revealed on Thursday.

“Six in 10 Americans support the idea of allowing undocumented immigrants already in the United States to remain and, with some conditions, gain the status needed to work legally,” the Washington Post said upon the release of the poll results.

The poll also showed that some 57 percent of US citizens believe that immigrants strengthen American society.

US billionaire and presidential hopeful Donald Trump will visit the US-Mexican border on Thursday following a slew of controversial comments made about Mexican immigrants during his presidential bid announcement.

Undocumented Immigration in US Remains High for Decade – Study
Trump characterized Mexican immigrants as rapists and said they brought drugs and crime to the United States.

According to the Migration Policy Institute, the current number of US immigrants and their US-born children is approximately 80 million people, which amounts to one-quarter of the overall population of the country.

The poll was conducted from July 16 through July 19 among random 1,002 adult US citizens.