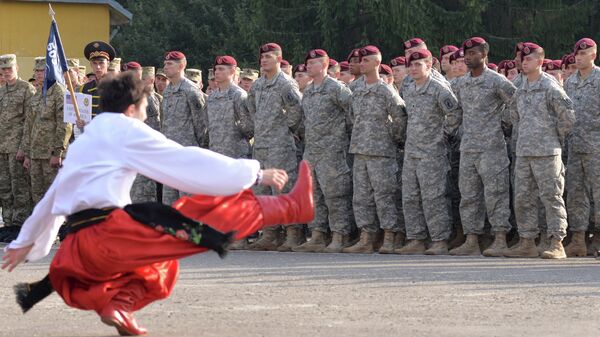 “The Ukrainian head of state expressed his heartfelt gratitude to the United States and NATO for their assistance in boosting Ukraine’s defense capability… The President underscored this country’s interest in expanding the program of joint military exercises aimed at bringing the Ukrainian armed forces’ combat preparedness closer in line with the very best modern standards,” the presidential press service said in a statement.

General Breedlove is scheduled to visit the site of the Saber Guardian/Rapid Trident 2015 command post and field training exercise, now underway at the Yavoriv range outside Lviv.

The war games, the biggest held in Ukraine this year, brings together around 2,000 troops from 18 countries.