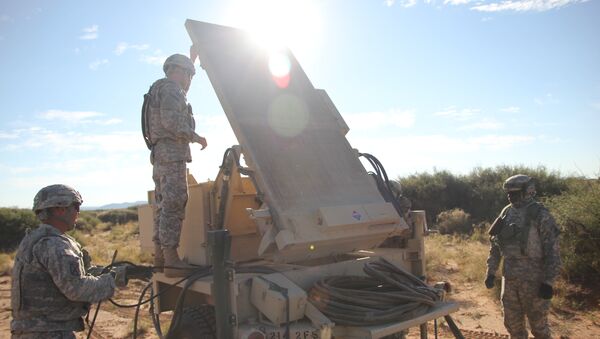 The so-called United States' war party is apparently about to score a victory as the Pentagon readies to send Kiev powerful longer-range radars, allegedly aimed at bolstering the country's defenses against the independence supporters in eastern Ukraine.

Throwing Fuel on Fire: US Army Chief of Staff Nominee Wants to Arm Ukraine
The US defense agency still needs the White House approval to make the delivery.

Unlike the US hawks, the Obama administration has been firmly against arming Kiev. The US leadership seems to have sided with Russia and many European leaders, most notably German Chancellor Angela Merkel, who insisted that sending weapons to Kiev would only make things worse and lead to more bloodshed in a conflict that has already claimed more than 6,400 lives.

The Pentagon wants to send the AN/TPQ-36 and AN/TPQ-36 Firefinder radars, which the US Army is currently phasing out.

"As the Army begins to both downsize its active-duty brigades and upgrade to newer radar, it is expected to have extra Firefinder units that could be provided to Ukrainian forces," Julian E. Barnes and Gordon Lubold noted in an article titled "Pentagon Prepares to Send Better Radar to Ukraine."

The Pentagon claims that the AN/TPQ-36 and AN/TPQ-36 Firefinder radars it wants to deploy are not lethal aid. Thus, delivering them would not undermine the official US course on providing only non-lethal assistance.

Cache With US-Made Weapons Found at Lugansk Airport - Official
The AN/TPQ-36 and 37 radars are a weapon-locating system, designed to detect, verify and track incoming artillery and rocket launched weapons. The units can determine both the firing position and the impact point of fired weapons. They are also capable of directing counterfire against the hostile weapon system.

The delivery is expected to take place not earlier than 2016, a pace Kiev authorities consider too slow. The Ukrainian government (like some senior US military officials) has been persistently pushing Washington and other Western countries to provide more military aid, including offensive weapons, to suppress self-defense forces.

Another 100 humvees for #Ukraine delivered to #Odesa this morning — making good on @VP's commitment in March pic.twitter.com/2i9Q50kkH6

The US has already delivered Humvees, lightweight counter-mortar radar units, as well as medical kits, night-vision goggles and Kevlar vests to Ukraine. Increasing military aid goes against the spirit of the Minsk agreements, seen by Russia, Germany, France and many high-ranking US officials as the only way to lasting peace in the country.