Poland: We Won't Pay a Penny for Greece 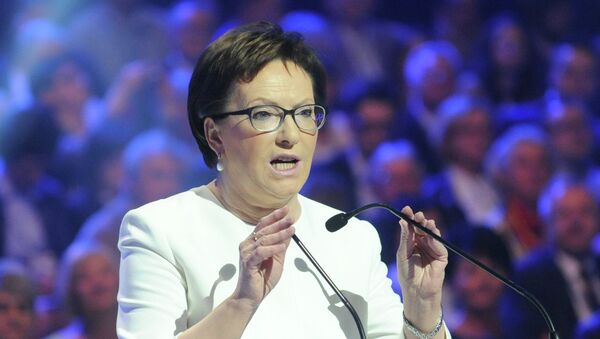 © AP Photo / Alik Keplicz
Subscribe
International
India
Africa
In the latest sign of friction in the European Union over the Greek debt crisis, Poland’s prime minister has reiterated assurances that any bailouts given to Athens will have to be funded entirely by the Eurozone, without any burden on Polish taxpayers.

After Greek Prime Minister Alexis Tsipras pushed controversial austerity measures through parliament last week, Athens received the first portion of its 86 billion euro bailout package on Monday. The initial 7 billion euros is meant as a bridging loan to keep the Greek economy afloat until the second package is approved.

But despite its membership within the European Union, none of that money came from the Polish government, and according to Prime Minister Ewa Kopacz, Warsaw will not be contributing to future bailouts, either.

"If it turns out that Greece is insolvent and will have to be given this loan, then the European Union countries inside the eurozone will pay back our 200 million euro contribution," Kopacz said on Monday, according to Radio Poland.

"This means we won’t spend a penny," she added.

While Poland is part of the EU, it is one of nine member states to maintain its own currency, and is thus not a part of the eurozone’s monetary union.

Greek MPs will vote on the second set of reforms on Wednesday, which must be approved in order for Athens to receive its next bailout package. Tsipras has urged parliament to pass the measures, particularly hardliners in his own Syriza party.

Defections within that party during last week’s vote led to a major reshuffle of the prime minister’s cabinet.

Last week’s reforms included measures which some considered too strict given the weak state of the economy. These included a number of tax increases and a raising of the retirement age for many Greek citizens.

While the new round of austerity measures is not as controversial as the first, they include a law which would restructure the liquidation of banks, forcing failing banks to repay shareholders before customers. Reforms would also streamline the civil judicial process to cut down on government costs.

Riots broke out in Athens during last week’s vote, and today is no different. As parliament debates the reforms, thousands have gathered in Syntagma Square. While the majority are protesting peacefully, a small group has thrown petrol bombs and rocks at police.