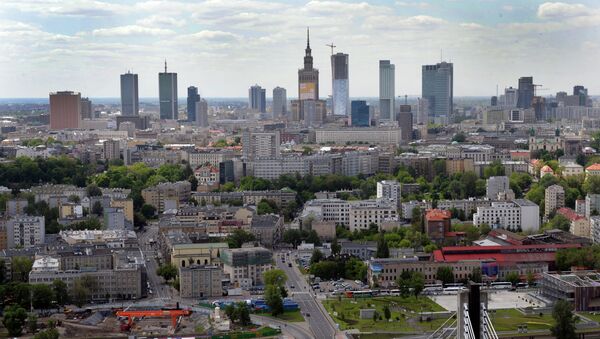 © AFP 2023 / JANEK SKARZYNSKI
Subscribe
International
India
Africa
The Polish government should encourage media diversity rather than waste resources to create a Russian-language news agency to counter 'propaganda,' Donnachadh McCarthy, an activist and author of The Prostitute State - How Britain's Democracy Was Bought, told Sputnik on Wednesday.

"Whilst it is understandable from its history that Poland will be naturally wary of any new "Russian propaganda" or military initiatives, it would make more sense if it invested in further media diversity in its own Polish language, ensuring that all sections of Polish society are heard in its democracy and not just rich media owners," McCarthy, former deputy chair of the Liberal Democrats party, said.

The West needs to "counteract the massive corporate propaganda machine that the global one percent has captured through their ownership of the West's media corporations," instead of inventing an enemy in Russian media, McCarthy stressed.

According to the Polish foreign minister, the new agency is due to launch in 2016.

New Iron Curtain: EU Leaders to Shield Europe From 'Kremlin Propaganda'
In December 2014, Latvian Foreign Minister Edgars Rinkevics announced that the country was lobbying the European Union to provide funding for the creation of a European channel broadcasting in Russian that would be "propaganda free."

In March, US Assistant Secretary for European Affairs Victoria Nuland told the US House Foreign Affairs Committee that the State Department has doubled funding for Russian-language broadcasting.

A poll by ICM Research, conducted exclusively for Sputnik, revealed in May that about 60 percent of European and US citizens surveyed said they would be interested in receiving information on global events from news outlets other than mainstream Western media.