Seoul Will Not Impose Sanctions on Russia – South Korean MP 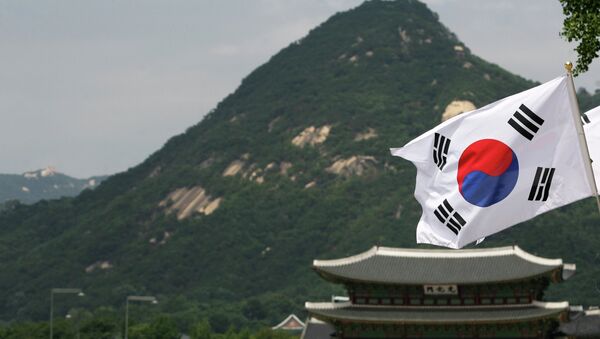 South Korea will not join the US and EU-imposed sanctions on Russia despite strong outside pressure to do so, a leading MP said on Wednesday.

China, Japan, South Korea Mull Holding First Trilateral Summit Since 2012
“Despite the outside pressure we stick to our position on this issue,” Kim Han Gil, who chairs the Korea-Russia Inter-Parliamentary Council, said when meeting with his colleagues from Russia’s Federation Council upper house of parliament.

Igor Zuga, who represents the Omsk region in the Federation Council, said Russia was fully behind the idea of maintaining peace and stability on the Korean peninsula.

“We actively support the idea of a Korean reconciliation and confidence-building with an eye to reuniting the divided Korean nation,” he said.

Igor Zuga also urged his Korean colleagues to more actively implement trilateral economic cooperation projects with China, including the Khasan-Rajin transport route, which opens up good prospects for cooperation between Russia and the countries of the Asia-Pacific region.

Senator Zuga said that despite the slowing pace of the global economic development Russia and South Korea managed to ensure a hefty 8.5 percent increase in their bilateral trade, which now exceeds $27 billion.