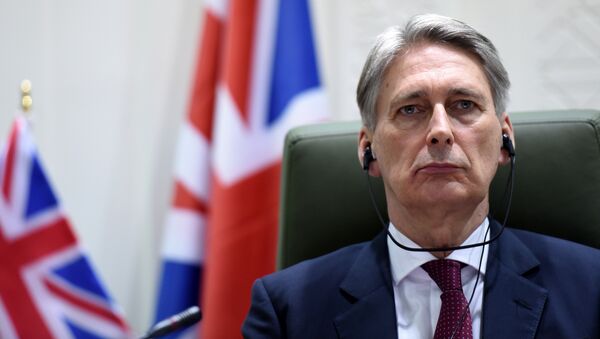 Western governments are less able to timely react to the international challenges due to “cumbersome” democratic process, putting it in disadvantage while dealing with Russia, British Foreign Secretary Philip Hammond told the Foreign Affairs Select Committee.

“We as a nation and as part of an alliance in NATO must think about how we deal with the challenge of our relatively cumbersome decision-making processes,” Hammond said citing Russian agility in crises as quoted by the Financial Times on Tuesday.

Hammond provided an example of a 2013 vote by the UK parliament against the country's participation in military action in Syria.

“[We see] Iraq and Syria as a single theatre with a limited set of permissions which stop at an artificial borderline. That is militarily inefficient…. It is difficult to see how Daesh will be effectively militarily defeated without being defeated in its home base of Raqa [in Syria]."

The Islamic State jihadist group, also known as Daesh, has seized large areas in Iraq and Syria. In September 2014, the United Kingdom joined the US-led coalition, which has been conducting airstrikes on ISIL positions in Iraq since August 2014.