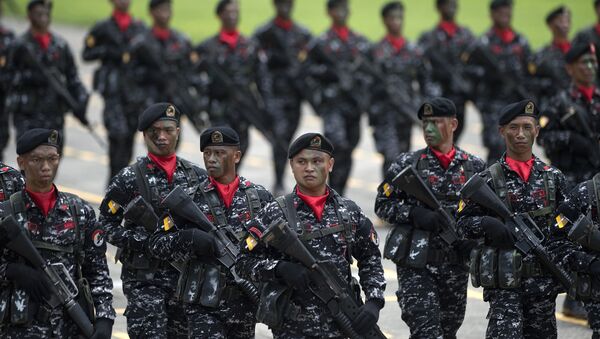 The Philippines is planning on increasing its defense budget by 25% next year, primarily to reinforce its territorial claims in the disputed South China Sea, officials said Tuesday.

The proposed 2016 national budget, which President Benigno Aquino is to present to parliament for approval on Monday, would reserve a record 25 billion pesos ($552 million) for defense spending, Agence France-Presse reported.

"We need to protect what is clearly within our territorial jurisdiction," Budget Secretary Florencio Abad said. "Certainly, we need to at least be able to effectively monitor the developments in the area, particularly those in disputed zones."

The proposed budget calls for a 5-billion-peso increase in defense spending from last year, and five times more than the country put toward defense in 2013. The proposed defense budget is part of a five-year, 75-billion-peso military modernization program approved by Aquino in 2013, Abad said, according to AFP.

The amount would still be dwarfed by spending in China, which claims most of the South China Sea, and has dedicated $142.9 billion to its military this year.

The Philippines military is one of the most poorly equipped in the region, and it patrols the South China Sea with 50-year-old ships and aircraft. The country is also set to repair a decaying World War II ship that acts as its sole outpost in the disputed waters.

The Philippines is playing catchup when it comes to military modernization after spending just five billion pesos in 2013, when the government diverted resources to recover from Super Typhoon Haiyan.