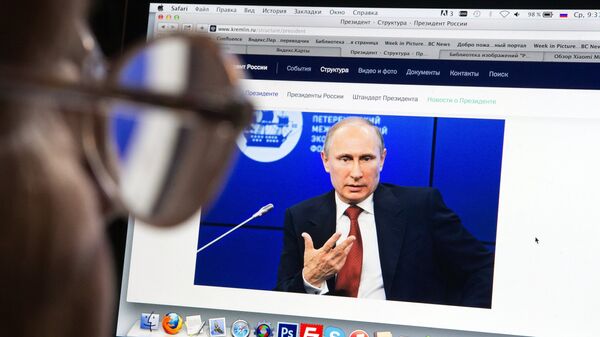 © Sputnik / Vitaliy Belousov
/
Go to the mediabank
Subscribe
International
India
Africa
Dutch and Polish Foreign Ministers have announced that the countries are developing a Russian-language news agency to counter what they call "Russian propaganda."

"[The project will] give the tools and the capacities for Russian language [media] and Russian social media to work on the basis of objective information… with the exchange of different viewpoints," Dutch Foreign Minister Bert Koenders told reporters, as quoted by EUobserver.

The news agency is due to start its work in 2016, Schetyna said, adding that he hopes other EU member states will participate in the project.

Western institutions have made a series of attempts to counter Russian coverage of global events.

Russian News Agency Director General Included in Canada’s List of Sanctions
In December 2014, Latvian Foreign Minister Edgars Rinkevics announced that the country was lobbying the European Union to provide funding for the creation of a European channel broadcasting in Russian that would be "propaganda free."

In March, US Assistant Secretary for European Affairs Victoria Nuland told the US House Foreign Affairs Committee that the State Department had increased funding for Russian-language broadcasting twofold.

Many US and European media outlets, in turn, have adopted a one-sided approach when covering events in Ukraine, accusing Russia of contributing to the military conflict in the southeastern region of the country.

An ICM poll, published in April, revealed that some 54 percent of respondents in the United Kingdom, France, Germany and Greece said they did not trust mainstream Western media coverage of the Ukrainian crisis. 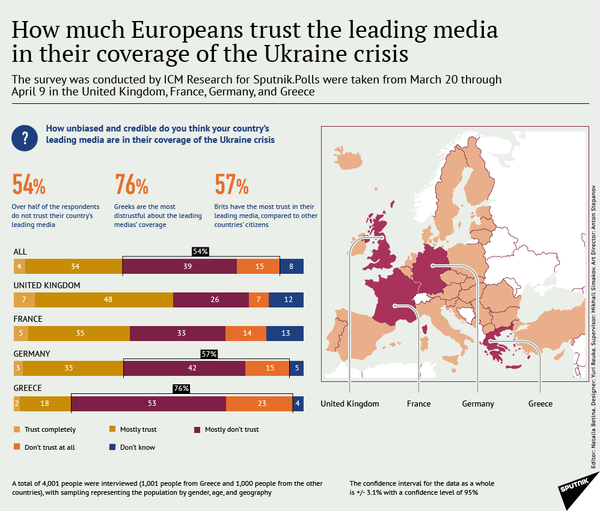