Agents of Chaos: US Sponsors Jihadism to Gain Control of Central Asia 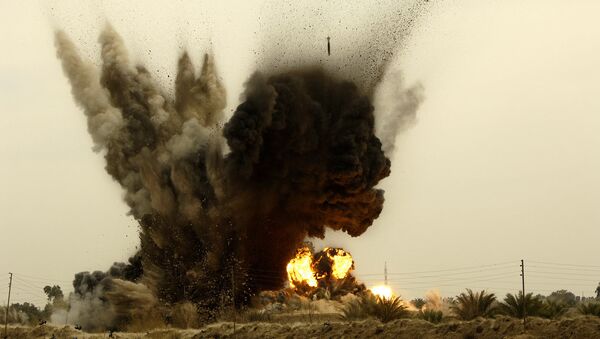 Religious fundamentalism in the Caucasus, the Middle East, Central Asia, as well as in the areas adjacent to the Indian Ocean, are becoming a weapon in the hands of American strategists.

Washington Left Vacuum in Iraq Spawning ISIL Creation - US Senator
“As a tool to achieve their set goal, the US uses terrorism, extremism and separatism. Taking advantage of the weakness of autocratic states in the region based on ethnic and tribal ties, Islamic State controls 25 out of 35 Afghan provinces, including the North, this was stated by Russian President Vladimir Putin,” the analyst said in the publication.

According to Armanyan, the radical group Islamic State is an active player in NATO’s strategy of trying to take control of Central Asia.

The first two attempts United States made to take over the region were in the 80’s and after September 11, 2001. Both of the attempts had failed.

Armanyan believes that the US has a number of objectives with their "managed chaos" in the region, including involving Russia in conflicts “occurring in Eastern Europe (Ukraine), the Caucasus and Central Asia,” the creation of centers of military tension around Iran, as well as putting pressure on India, which is part of the BRICS.

“In India it has always been possible to provoke riots. Factors such as the community of thirty million Muslims, the Hindu chauvinist groups, and Prime Minister Modi himself have served as provocation of riots across the country.”

The analyst concludes that if no one stops this madness from spreading, the scope of the war which may include China, Russia, India and Iran may have unpredictable results.