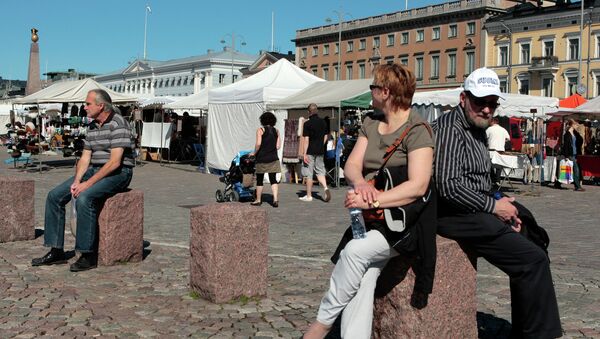 © Sputnik / Alexei Danichev
/
Go to the mediabank
Subscribe
International
India
Africa
A petition to hold a referendum on Finland's exiting the Eurozone has been signed by more than 27,000 residents, as of Tuesday, after it went live for voting on July 16.

Brexit, Grexit and Now Auxit? Petition Sparks Austrian EU Referendum Debate
MOSCOW (Sputnik) — The author of the initiative is Paavo Vayrynen, former foreign minister of Finland, who is currently a member of the Centre Party, the largest parliamentary party in the country.

In his blog, the politician wrote that the Finns should follow the path of the Nordic nations, which did not give up their national currencies upon joining the European Union and thus have the freedom to pursue a more flexible fiscal policy.

According to Vayrynen, the issue of withdrawal from the monetary bloc is not yet on the government's agenda, However, he recommends that it should be decided through a referendum proceeded by a public debate to weigh up all the pros and cons.