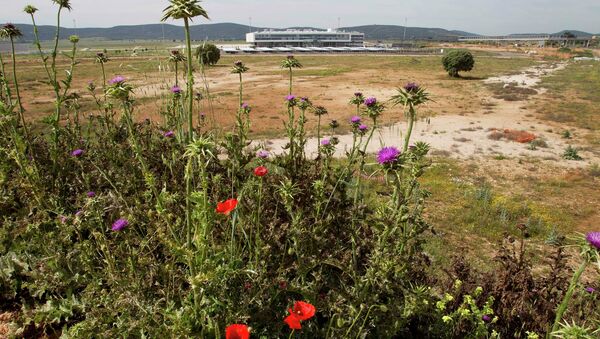 © AP Photo / Paul White
Subscribe
A billion-dollar boondoggle built in 2008, Ciudad Real airport was meant to be a major Spanish transportation hub. But, deserted since 2012, the airport has now sold for a mere 10,000 euro, ending what literally began as a quixotic adventure in economic mismanagement.

Stumbling upon Ciudad Real airport in the arid plateau of La Mancha, you’d be forgiven for thinking it had been abandoned for decades. Jetways with missing windows snake across the brush, leading nowhere. Wash basins rust among weeds. Graffiti covers signs and walls. With a capacity to host 2.5 million travelers a year, the terminals stand empty.

All of this happened within the last three years, and after the airport saw only four years of operation. If you stumbled upon the site, you might imagine you were hallucinating windmills, and that may have been the point all along. 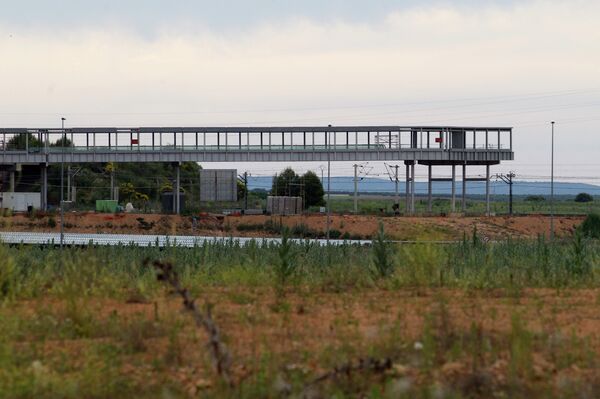 At one point in its conception, Ciudad Real had gone by the name Madrid South Airport, and was meant to take in overflow traffic from Adolfo Suarez Madrid-Barajas. The only problem: Ciudad Real is 125 miles from the Spanish capital.

A town of only 75,000, the only real reason anyone would fly into Ciudad Real is due to its historical place in literature. Dating back to the 13th century, the city is the home of Cervantes’ Don Quixote. There’s a museum. There’s a walking tour.

Which may not be exactly enough of a reason to board an international flight. In the whole of 2010, the airport saw only 33,000 travelers, most of whom were drawn only by the affordable tickets offered by the only two airlines available.

The airport performed so poorly that many have suggested it was meant to fail, and that the project was only a way for corrupt investors to skim money from the construction fund. 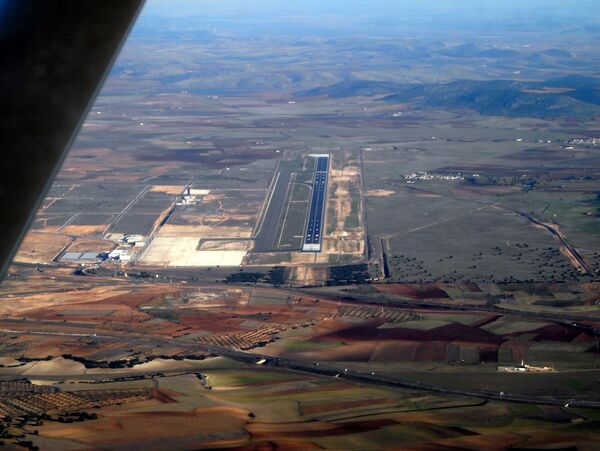 The airplane used to take this photo may have been one of the few to actually use the airport.
© Flickr / jmiguel rodriguez

But a new group of financiers are prepared to take the defunct transport hub off the hands of the Spanish government. With the airport up for public auction, a group of British and Asian investors known as Tzaneen International is the only one to make an offer, and save an unlikely offer in the next three weeks, it’ll be theirs for a cool 10,000 euros.

That’s not even a tenth of 1% of what it cost to build the place.

What, you may be asking, does a group of foreign investors want with a derelict airstrip? According to Business Insider, the consortium says that "several Chinese companies are interested in making it into their main point of entry into Europe."

To that end, the group plans to pour another 60 to 100 million euros into revitalizing the airport. That still puts the total price tag far below the original cost of construction, but it’s still a curious choice given other hurdles the investors will have to face.

For one, no matter how much floor polish you buy, Ciudad Real is still in the middle of nowhere. While the airport was originally meant to be connected to the country’s high-speed rail line, that plan never came to pass, for obvious reasons. If the new investors plan on dipping a toe into the railroad business as well, that’s going to cost millions more. 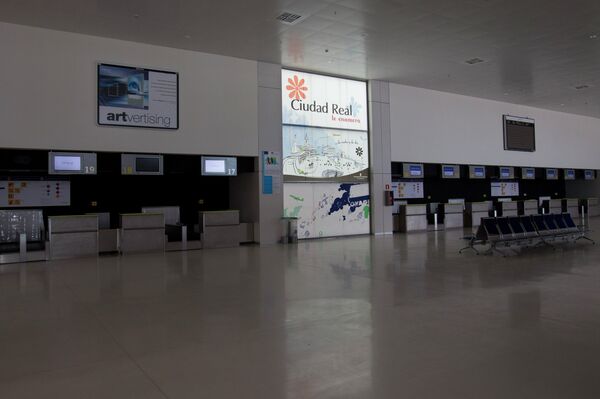 This photo of empty check-in desks was taken when the airport was still open.
© AP Photo / Paul White

Secondly, the 10,000 euros only buys the landing strip, hangars, control tower, and a few small buildings on the property. It does not include the sprawling parking lots, or the main terminal, presumably the most expensive part of the project.

Meaning that in Tzaneen International’s goal to achieve their vision of a private airport for China’s super-rich, they may be following a regional tradition of quixotic delusions of grandeur.

There must be something in the air, but it’s definitely not airplanes.