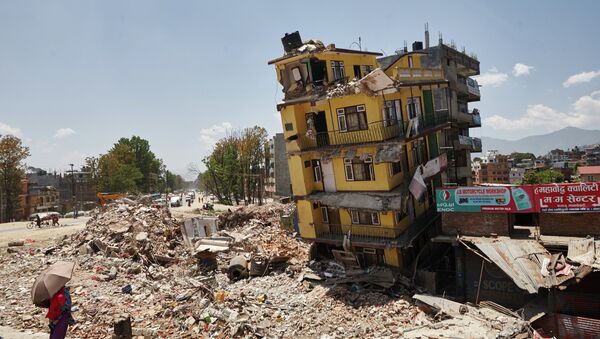 Over 19.3 million people were displaced by natural disasters in 2014 due to insufficient man-made policies and structures, the Internal Displacement Monitoring Center (IDMC), a subdivision of Norwegian Refugee Council (NRC), reported on Monday.

MOSCOW (Sputnik) — Egeland added that catastrophes occur when people are unprepared and unprotected from natural disasters.

"The millions of lives devastated by disasters is more often a consequence of bad man-made structures and policies, than the forces of mother nature," Secretary of the Norwegian Refugee Council (NRC) General Jan Egeland said according to NRC's official website.

The report revealed that weather-related hazards such as floods and storms forced 17.5 million people around the world to leave their homes, and geophysical hazards such as earthquakes and volcanic eruptions caused 1.7 million evacuations.

Some 16.7 million people displaced in 2014 live in Asia, and the highest levels of displacement were reported in China, India and the Philippines.