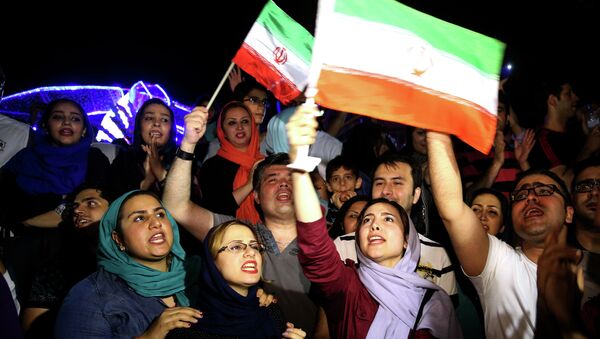 © AP Photo / Ebrahim Noroozi
Subscribe
Former Central Intelligence Agency (CIA) officer Paul Pillar said that Iran's regional policies depend on various political interests and equities and not on how much money it has in its bank account.

“Iran's regional policies depend on various political interests and equities and not on how much money it has in its bank account,” Pillar told Sputnik when asked if sanctions relief would increase Iran's alleged material support for its allies in the Middle East.

A secret US intelligent assessment concluded that most of the $100 billion Iran is expected to receive from sanctions relief will be invested in its economy and not funding for allies in the region such as the Syrian government, Houthi rebels in Yemen and Hezbollah in Lebanon, the Los Angeles Times reported last week citing unnamed US officials.

Pillar explained that the CIA’s conclusion is reasonable given Iran’s domestic economic needs and the fact Tehran’s regional activities continued unabated despite the effects of sanctions.

“The only reason any such conclusion may seem newsworthy is because of the big effort that opponents of the [Iran] nuclear deal are making to argue that the agreement frees up funds for Iranian trouble-making,” Pillar argued.

Nuclear Deal Will Not Lead Tehran Policy Towards US, Israel - Netanyahu
On Wednesday, US President Barack Obama said Iran could increase military investment and support to proxies in the Middle East in response to sanctions relief.

In 1984, the United States designated Iran as a state sponsor of terrorism. The US State Department accuses Tehran of using proxy militant groups to advance its foreign policy goals in the Middle East, and also of supporting militant groups in the region, like Lebanon-based Hezbollah and Palestinian Hamas in the Gaza Strip.

Most recently, Iran has been accused of arming Houthi rebels in Yemen, which has been torn apart by years of fighting between government troops, diverse opposition forces and criminal gangs. Iran has denied providing insurgents with military or financial support.

In April, Russian presidential envoy to Afghanistan Zamir Kabulov said Moscow does not share the US view that Iran is an exporter of terrorism.

On July 14, Iran and the P5+1 group, comprising China, France, Russia, the United States, Britain and Germany, reached an agreement to ensure the peaceful nature of Tehran's nuclear program and ease sanctions against the country.