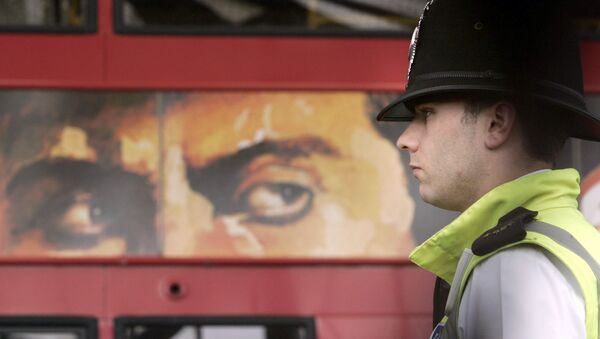 Prime Minister David Cameron's government has been blasted for creating a big brother Britain after pushing for more mass surveillance powers for law enforcement agencies and for attempts to curb the Freedom of Information request.

Human rights groups have hit out at Cameron's government for pursuing plans to introduce a Snoopers' Charter, despite a high court judgement that ruled the emergency surveillance legislation passed in 2014 for mass surveillance was illegal.

The UK was forced to introduce emergency legislation after a ruling that found GCHQ had gathered communications data in breach of articles eight and ten of the European Convention on Human Rights (ECHR). Article eight refers to the right to respect for private and family life and article ten protects freedom of expression.

It brought in the Data Retention and Investigatory Powers Act (DRIPA) 2014 which requires communications companies to retain all data for up to a year so that the police and intelligence agencies can have access to it, under certain conditions. This was intended to allow law enforcers to gain access to telephone calls made by everyone, plus Internet browsing and email activity.

However, after a legal challenge brought by Labour MP Tom Watson and Conservative former shadow home secretary David Davis, the High Court has ruled that DRIPA is "inconsistent with European Union Law."

Lord Justice Bean and Mr Justice Collins ruled that section one of the act "does not lay down clear and precise rules providing for access to and use of communications data retained pursuant to a retention notice to be strictly restricted to the purpose of preventing and detecting precisely defined serious offences or of conducting criminal prosecutions relating to such offences."

Court agrees EU law requires independent approval to access communications data, and that this provision MUST be put in place by March 2016

"What this means is that access by the police and other agencies to everyone's data is too easy. It can range from a politician giving permission [to intercept communications] to anyone in the next office. That's against the law, and it's not either in the interests of privacy or security."

The government will now have to pass further legislation, but will nonetheless press on with the introduction of the Investigatory Powers Bill which is intended to "maintain the ability of our intelligence agencies to target the online communications of terrorists, and other relevant capabilities."

Only last week, a specially commissioned report on UK snooping powers — following the revelations by former CIA contractor Edward Snowden in 2013 that the UK and US governments were conducting mass surveillance programs — described the UK's surveillance laws as complicated and often outdated.

The report from the Royal United Services Institute (RUSI), 'A Democratic Licence to Operate' said: "We have seen evidence that the present legal framework authorising the interception of communications is unclear, has not kept pace with developments in communications technology, and does not serve either the government or members of the public satisfactorily."

Cameron is further embroiled in controversy over his plans to reform the Freedom of Information legislation which allows people to gain access to official documents if they are in the public interest.

The Campaign for the Freedom of Information said the government is likely to be considering three sets of new restrictions to the FOI Act. These are likely to involve: preventing the disclosure of government policy discussions; strengthening the ability of government ministers to veto requests; and making it easier for authorities to refuse FOI requests on cost grounds.

RT @ggreenwald Still the creepiest statement uttered by a world leader in 2015, at least http://t.co/gSVA63TQg0 pic.twitter.com/pBsDix0X6v

Cameron referred to the second option in March 2015 after the Supreme Court had ruled that the use of the veto to block the release of Prince Charles' correspondence with ministers had been unlawful.