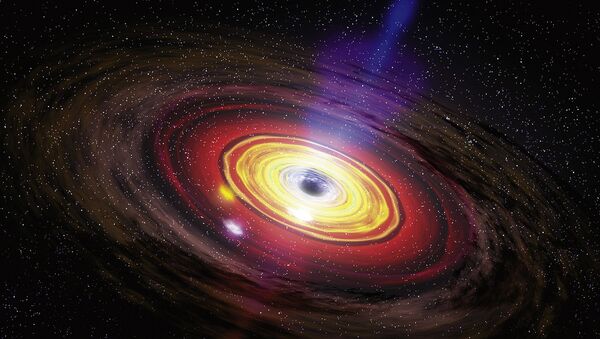 The Russian ground space observatory RadioAstron has received the first detailed data on the structure of ‘spit’ from a supermassive black hole located within galaxy NGC 1275.

The data are expected to shed more light on how black holes devour and then eject matter, according to Yuri Kovalev of the Astro Space Center at the Russian Academy of Sciences’ Lebedev Institute of Physics.

He explained that as for the galaxy NGC 1275, it is located in the constellation Perseus at a distance of about 222 million light years from Earth. It is one of the so-called giant elliptical galaxies, which is why it is believed to be one of the largest systems of stars, gas, and dust in the vicinity of the Milky Way. 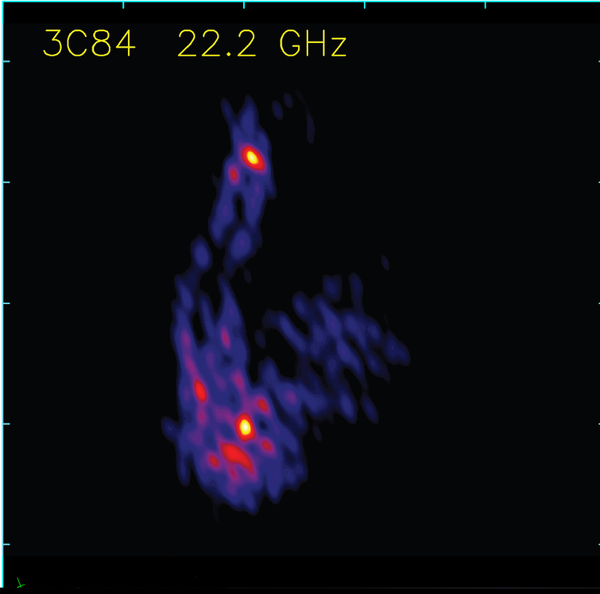 The center of the galaxy includes the supermassive black hole 3C 84, which ejects so-called ‘jets’: thin beams of matter heated to enormous temperatures and accelerated to near-light speed. These emissions from the black hole, as well as mysterious "threads" of gas emanating from these jets and the central part of the galaxy have repeatedly been of interest to astronomers around the world.

Long-term observations of the black hole 3C 84, involving 25 different radio telescopes in Europe, Russia, South Korea and the United States, have enabled the RadioAstron observatory to develop a map of the black hole's outskirts with a record resolution of just 0.04 light years. Such a resolution allows scientists to obtain better knowledge of the structure of the black hole itself and its jets as well, according to Kovalev.

Gigantic Black Hole Wakes Up After 26-Year Sleep
He said that the map has already helped scientists to "see" both jets emanating from the black hole; researchers have revealed some important details on the jet's structure, especially related to the unexpectedly high brightness of its tip.

Russia’s RadioAstron telescope has been named the largest orbital radio telescope by Guinness World Records. The telescope, with a diameter of 10 meters, was launched in July 2011 from the Baikonur Space Center in Kazakhstan. The Russian Federal Space Agency Roscosmos recently extended RadioAstron's operations, which will continue until the end of 2016.