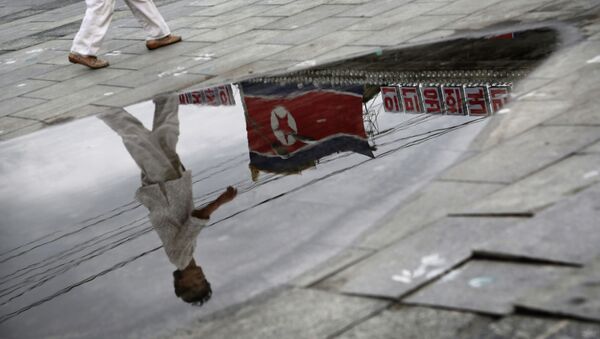 TOKYO (Sputnik) – Japan has held clandestine negotiations with North Korea on neutral grounds over the abduction of Japanese citizens on the Korean peninsula decades ago, local media reported Monday.

The two sides met in the Mongolian capital of Ulan Bator in May over the fate of 12 Japanese nationals abducted in the 1970s and 1980s, the Kyodo agency cited a Mongolian diplomatic source as saying.

Pyongyang has officially admitted to abducting 13 Japanese citizens from 1977 to 1983. It released five of the detainees in 2002 and 2004, claiming that the remaining eight had died.

North Korea launched a probe into the kidnappings in July 2014. According to the Mongolian source, the North Korean negotiators requested an extension of Tokyo’s July 4, 2015 deadline to conduct its comprehensive investigation.

Seoul Invites North Korea to Int'l Security Conference for First Time
The outlet went on to say on Monday that Pyongyang conducted previous probes in 2002 and 2004, but Tokyo had found them unconvincing.

Japanese Prime Minister Shinzo Abe sent one of his executive secretaries to Ulan Bator, which maintains diplomatic relations with Pyongyang, in May to request clarification regarding the fate of the victims. The source did not rule out that the secretary took part in the secret talks.

Japan has consistently urged North Korea to release its hostages, believing that hundreds more may have been abducted.

The motives behind the abductions are not clear. However, according to local media reports, the Japanese were reported to have been abducted and used as language and culture teachers for North Korean spy organizations.