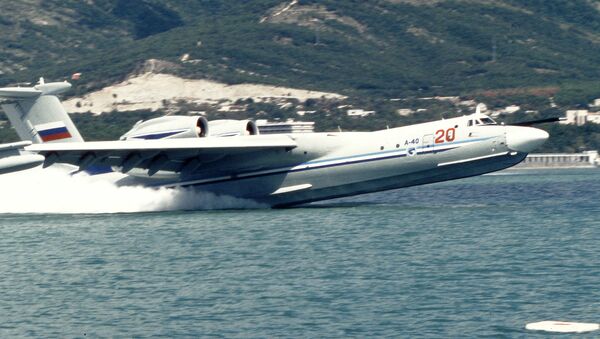 © Sputnik / Roman Denisov
/
Go to the photo bank
Subscribe
An anti-submarine version of the Beriev Be-200 multipurpose amphibious aircraft has reportedly been ordered by the Russian Navy.

Russian Navy's New Sonar Can 'Hear' Every Sub Anywhere
The Russian Navy has announced plans to order the purchase of an anti-submarine version of the Be-200 amphibious aircraft by 2020, a high-ranking Navy official told the Russian news agency RIA Novosti.

"The Navy's command has decided that it's necessary to purchase an anti-submarine configuration of the Be-200 amphibious aircraft by 2020 to search for, detect and destroy [enemy] submarines," the official said.

He recalled that Russia's naval aviation fleet currently includes  obsolete 1960’s-era Beriev Be-12 turboprop-powered amphibious aircraft, the service life of which is already expiring. The plane was taken out of production a long time ago. 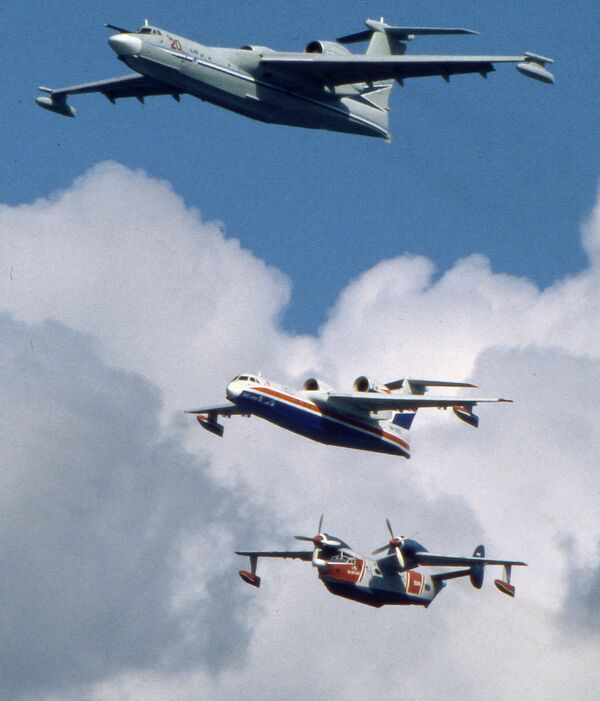 Amphibious craft A-40 (Albatross), amphibian Be-200 and amphibian Be-12
© Sputnik / Roman Denisov
/
Go to the photo bank

Designed for firefighting, search and rescue, maritime patrol, and cargo as well as passenger transportation, the Be-200 can carry 12 metric tons of water, or up to 72 passengers.

The plane, which made its maiden flight in September 1998, is manufactured by the Beriev Aviation Scientific-Technical Complex in Taganrog and is capable of landing both on water and on regular airfield runways. In May 2013, it was reported that the Russian Defense Ministry plans to buy six such amphibians.

Russian Navy’s Top 5 Military Innovations: Armata Learns to Swim?
There were reports on the possibility of constructing an anti-submarine version of the Be-200, but no concrete steps have been made yet.

As for the Be-12, the Soviet Navy originally had plans to replace its fleet of these planes with the Beriev A-40 Albatros, designed by the Beriev Aircraft Company for anti-submarine warfare. However, the project was suspended after the collapse of the Soviet Union. It was later revived and an order has been placed by the Russian Navy.