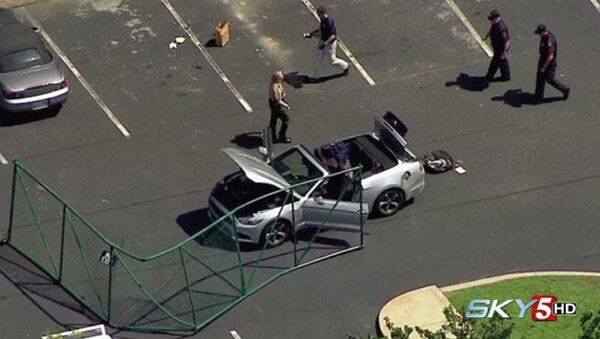 The shooter in the fatal attack at two military facilities in the southeast US state of Tennessee was facing charges of drunk driving.

MOSCOW (Sputnik) – The shooter in the fatal attack at two military facilities in the southeast US state of Tennessee was facing charges of driving under the influence of alcohol later this month, local media reported.

Mohammad Youssuf Abdulazeez, 24, was arrested for drunk driving on April 20 and faced a July 30 court date for DUI charges, the New York Times reported on Saturday.

'The War Is Here': Unnamed Armed Vigilante Stood Guard at Recruitment Base
Abdulazeez was shot dead on Thursday after killing four marines at the US Naval Reserve Center and opening fire at a military recruiting office nearby. A fifth serviceman died from his wounds early Saturday.

Officers who pulled over the gunman noticed the smell of alcohol and marijuana on his person, according to court records obtained by the publication.

Additional details provided by the publication stated Abdulazeez’s father was placed, and eventually dropped from, a terrorist watch list nearly 10 years ago.

The Federal Bureau of Investigation (FBI) and other local and state law enforcement officials are investigating the attack as an act of domestic terrorism. It is yet to be determined whether the gunman acted alone, or was inspired or directed.

Authorities are also looking into Abdulazeez’s recent trips to the Middle East in 2014, and his potential ties with the Islamic State or with other terrorist groups.