Proposed Flight MH17 Tribunal Is an Attempt to Strangle Russia 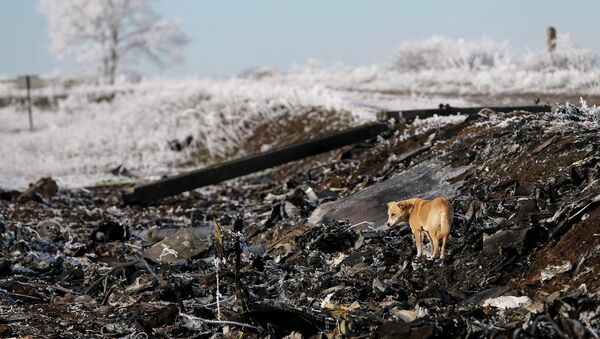 "We should be aware that this kind of a resolution is an effort to create some kind of a ‘daily resolution’ against the Russian Federation," Willy Wimmer said.

Russia has been repeatedly blamed for backing anti-government militias in Ukraine, who Ukrainian authorities accuse of downing the Malaysian aircraft with a Russia-supplied Buk missile. Last year, several Western powers imposed sweeping economic sanctions on Moscow over its alleged role in the Ukrainian armed conflict.

"There are ongoing efforts by the 'usual suspects' to organize by all means an international and global alliance to strangle that country by all means, to establish a global attitude of hostility against Moscow and to go even further," he said.

MH17 Crash a Year On: Why Are These Five Questions Still Unanswered?
He stressed that these moves come amid Russia’s active participation in resolving some of the most pressing global issues, such as negotiations on Iran’s nuclear program.

"The resolution, proposed by Malaysia and others is a shame, because they utilize the hundreds of victims for political purpose and must be seen in a broader context," Wimmer said.

Russian Foreign Minister Sergei Lavrov said Thursday that the UN Security Council has never before classified civilian aviation disasters as a threat to international security. He stressed that the international body has nothing to do with the investigation.

One year ago, a Malaysian airliner en route to Kuala Lumpur from Amsterdam crashed in southeastern Ukraine. All 298 people on board died. According to a preliminary report by the Dutch Safety Board, the Boeing 777 fell apart in midair after being hit by numerous high-energy objects.

The Western-backed government in Kiev and independence supporters in Ukraine’s southeast have been trading the blame for the crash.

000000
Popular comments
This tribunal idea within the United Nations, an international organisation spied on and controlled on specific issues by the US is still a ridiculous idea. It would be a repeat of what happened to Serbs.

sophm0e38
17 July 2015, 20:16 GMT1
000000
The current climate of hatred and paranoia is no time to be holding a tribunal. Wait for the findings of the JIT. That is the most badly Photoshopped dog I've seen i ages. The SBU could have done a much better job.