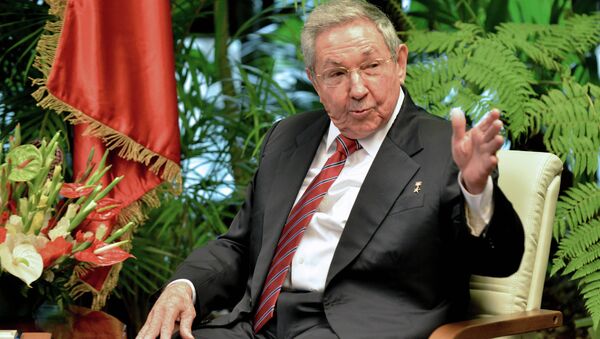 "The plan to impose sanctions against Russia will damage Europe, increase instability and bring new threats," Castro said during a session at the National Assembly of People’s Power.

The Cuban leader also underscored that NATO’s attempt to come close to the Russian borders is a serious threat to peace and international security.

BRICS Countries Will Not Impose Sanctions Against Russia
In June, during the 2nd EU-CELAC summit the Cuban government officially opposed the sanction regime against Russia.

Since the Ukrainian conflict escalated in April 2014, the European Union, the United States and their allies have imposed a number of economic sanctions against Moscow, blaming it for interfering in Ukraine’s internal affairs.

The Kremlin has repeatedly denied its involvement in the Ukrainian conflict, and called the sanctions counterproductive.