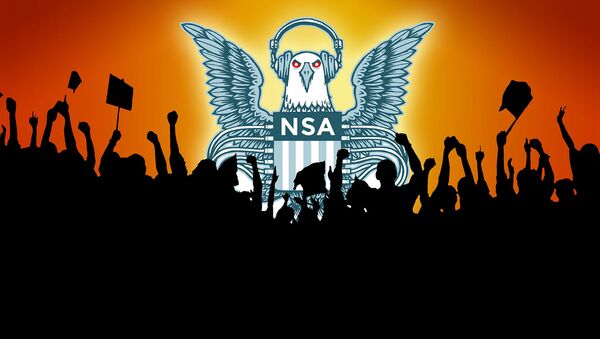 “The government appears to believe that Congress granted the NSA a six-month pass on bulk collection, but there is no grace period in the Constitution,” Abdo told Sputnik on Wednesday. “Even if Congress had allowed bulk collection, it would be unconstitutional.”

On Tuesday, the ACLU filed a motion asking the US Second Circuit Court of Appeals to halt the NSA’s bulk data collection program.

The new USA Freedom Act ended the NSA program, but Congress allowed the agency to collect data for a six-month period after June 2, 2015.

US Spy Court Dismisses Constitution in Approving NSA Bulk Data Collection
On June 29, 2015, the secret US Foreign Intelligence Surveillance Court (FISC) allowed the NSA to resume bulk collection for five months despite a Second Circuit Court decision in May that said the NSA was never authorized to conduct such surveillance.

The Second Circuit Court did not issue an injunction to stop the NSA in its May ruling because the court wanted to wait for Congress to vote on the USA Freedom Act.

The NSA has spied on senior officials of foreign governments, including Germany, Brazil and France, according to secret government documents published on the WikiLeaks website earlier this month.

In 2013, US intelligence services came under increased scrutiny for their mass surveillance program after NSA whistleblower Edward Snowden leaked classified documents which revealed the all-encompassing scope of US global spying programs.