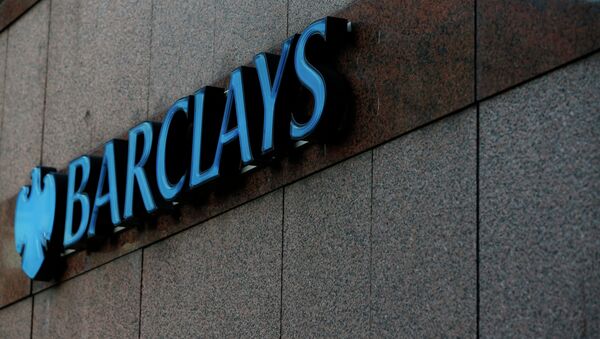 On Monday, Barclays announced the closure, without explanation, of Rossiya Segodnya accounts in London. A bank statement received by the agency last Saturday said the account was closed on July 8, and its number could soon be cleared for recycling.

According to the wording of Barclays' most recent letter received by the agency late Tuesday, the balance of the account is now "frozen".

"Pursuant to regulation 3 of the Ukraine (European Union Financial Sanctions) (No. 2) Regulations 2014 (the "UK Regulations") the account of Rossiya Segodnya has been frozen," the bank now claims.

The letter pointed to information in the bank’s possession that "leads us to believe that Dmitry Kiselev, a person designated by the UK Regulations… has control of the entity in his capacity as Director General of Rossiya Segodnya and we therefore have no alternative but to apply restrictive measures in accordance with the UK Regulations".

Closure of Rossiya Segodnya Bank Accounts in UK Illegal - Editor-in-Chief
After Barclays announced the closure of the news agency's account in London, a source in banking circles said that the UK Treasury had placed Rossiya Segodnya's Director General Dmitry Kiselev on the list of persons targeted by financial sanctions.

The news agency must now obtain a license from the UK Treasury to be able to make payments from its London account, the UK-based bank said.

"We regret that we will not be able to reinstate your account unless a license is granted, Mr. Kiselev's designation is lifted or we receive confirmation from HM Treasury that Rossiya Segodnya is not controlled by Mr. Kiselev," it added.