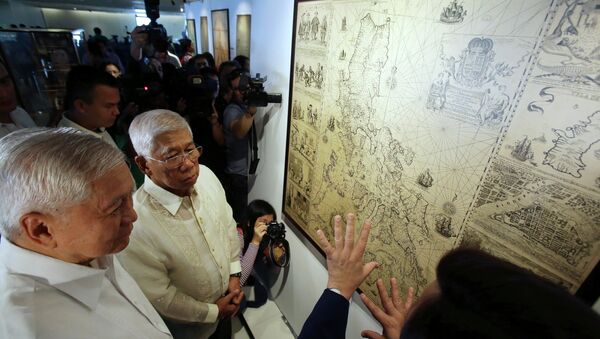 China’s construction of artificial islands in the Spratly archipelago has raised complaints from many nations in the region. While the islands lie within Chinese territory in the South China Sea, there are contested claims by the Philippines, Malaysia, and Vietnam.

Nearly 500 miles northeast of the Spratly archipelago lies a reef internationally known as Scarborough Shoal. The Chinese know the island as Huangyan, and claim it as their own. The Philippines refer to the reef as Panatag Shoal, and also claim sovereignty over the island.

While territorial assertions are typically hashed out among diplomats, Google seems to have taken it upon itself to recognize the reef by its international name of Scarborough Shoal.

"We understand that geographic names can raise deep emotions which is why we worked quickly once this was brought to our attention," Google wrote in a statement to the BBC.

This decision followed an online petition signed by a number of Filipino activists who requested that Google change the name, which the tech company had previously labeled Huangyan Island. Activists felt this demonstrated a bias toward the Chinese government.

Google now refers to the reef as Scarborough Shoal.
© Screenshot/Google

"In all cases, we work to represent the 'ground truth' as accurately and neutrally as we can, in consistency with Google’s mission to organize the world’s information and make it universally accessible and useful," Google’s public policy guidelines read.

Google Maps considers "guidance from authoritative references, local laws and local market expectations" to "include all points of view where there are conflicting claims," the guidelines go on to say.

In 2012, the reef was host to a confrontation between China and the Philippines, when ships from both nations entered the area and refused to leave. In April, the Philippines also conducted joint military exercises with the United States in the South China Sea. Directed out of Zambales naval base, a significant portion of the drills took place only 137 miles from the disputed reef. Those exercises were largely seen as an attempt to provoke Beijing.

In 2013, the Philippines filed its territorial complaints with the Permanent Court of Arbitration. It has also, more recently, filed a case with the UN tribunal, asserting its right to the reef.

The Chinese government has refused to take part in these cases, urging instead for direct cooperation dialogue between Beijing and Manila.

On Tuesday, Chinese foreign ministry spokeswoman Hua Chunying said Beijing "will never accept the unilateral attempts to turn to a third party to solve the disputes."

A hotly contested body of water, nearly $5 trillion in trade passes through the South China Sea each year. While China claims most of the sea, there are overlapping claims by Indonesia, Vietnam, Malaysia, Brunei, Taiwan, and the Philippines.