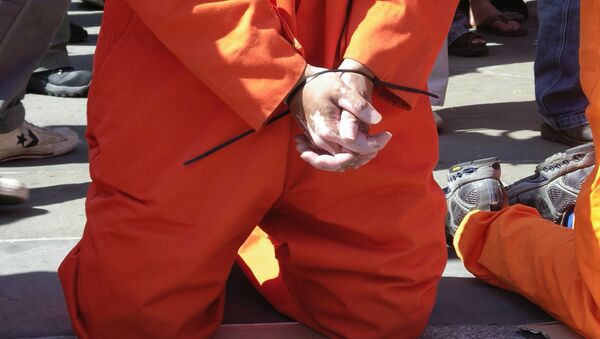 "We hope the APA will take additional concrete steps to ensure that psychologists do not ever again participate in this unethical behavior,” Hawthorne said.

On July 2, Chicago lawyer David Hoffman, appointed by the APA board of directors, delivered an independent review into allegations of the association’s collusion with the US Central Intelligence Agency (CIA).

US Psychologist Blamed for Torture Aid Backed by FBI Chief
The report concluded that US psychologists cooperated with the CIA on “enhanced interrogation techniques” that are now classified as torture.

Hoffman also found that some of the APA officials collaborated with the US Department of Defense to ensure that the association’s ethics policies allow psychologists to participate in the interrogation program.

Hawthorne said the report is a “good step toward accountability with respect to past APA support for torture.”

“Psychologists are supposed to help people, not torture them,” he added.

Allegations against the APA came into light in December 2014, when the US Senate Intelligence Committee released a report documenting CIA’s torture practices on detainees suspected of terrorism.

The report disclosed that a company established by two US psychologists was awarded millions of dollars by CIA for developing and implementing the agency’s torture practices.