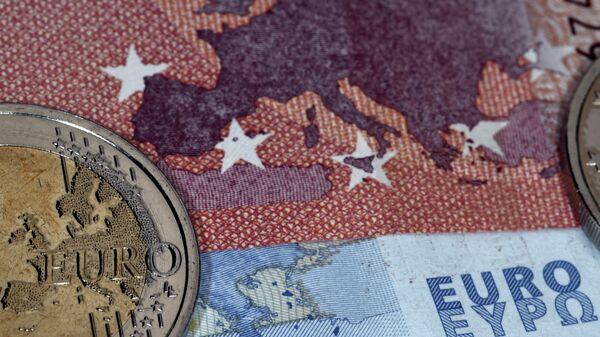 Pepe Escobar
All materials
It took the longest Eurosummit ever for the EU “institutions” to deliver a shattering humiliation of Greece cushioned in Eurocratese newspeak.

This coming from “institutions” that don’t break a sweat when it comes to applying sanctions on “Russia aggression”.

In the end it was up to France (President Hollande) vs. Germany (Chancellor Merkel) – two minions history placed at this fateful juncture — to decide the future of the EU deep into the night. Germany won – with France hardly sweetening the bitter pill for Greek Prime Minister Alexis Tsipras.

In the process, Merkel/Hollande performed more like a NATO commando, delivering a (economic) European remix of Shock and Awe. An unidentified, invisible – yet appalled — eurocrat memorably described it as “extensive mental waterboarding”. Dick Cheney and Donald “known unknowns” Rumsfeld should be eligible for royalties – in the spirit of Atlanticist friendship.

The result — this Eurosummit statement — adds a new twist to the Tacitus maxim, “they make a desert and call it peace.” The Financial Times — who at least is familiar with the history of Rome — called it, “the most intrusive economic supervision program ever mounted in the EU.”

We’re going medieval on you

Even before the final Mafia-tinged “An offer you can't refuse” compiled by the eurozone “leaders”, Twitter exploded globally with #ThisIsACoup. Because that’s what it was. Our deal — or bankruptcy and expulsion from the euro. If this is what Europe offers to “friends”, it does not need enemies.  Oh yes – apart from “Russian aggression.”

So here we have an extremely harsh bailout deal coming just a week after Greek voters overwhelmingly rejected the precious not as harsh deal – which now looks like kindergarten stuff.

Tsipras caved on everything – from slashing pensions to raising sales taxes to, in effect, turning Greece into an IMF colony (hundreds of millions across the Global South know exactly how this translates into economic disaster).

His only “victory” was on the whopping 50 billion euros of Greek public assets that would be placed in a trust based in notorious money-laundering paradise Luxembourg – as in privatization a-go-go, a.k.a. disaster capitalism, being able to “contribute” to pay debts. The fund will be based in Athens.

And as the Eurosummit statement stresses, the current Greek government will even be forced to “backtracking on previous programme commitments or identify clear compensatory equivalents for the vested rights that were subsequently created.”

Translation: we, the Masters of the Eurozone, want to apply the Carthaginian option on your economy.

No wonder keen historical minds across the EU – and there are plenty – are convinced this is worse than the 1919 Treaty of Versailles. And we all know how it went downhill from there.

Eurozone Could 'Fall Apart' Amid Greek Crisis - EU Parliament Chief
Assuming the “offer you can’t refuse” is not derailed, the road map ahead is nothing less than frantic – including the formation of a new government of national unity in Greece to passing new laws applying VAT all over the spectrum and slashing those pensions, and then national parliaments in Germany, Finland, Austria, Netherlands, Slovakia and Estonia meeting to approve the start of a new, three-year, bailout process. Not to mention that the Greek parliament must pass further laws to get bridge financing so Athens is able to pay the European Central Bank (ECB) next Monday.

And if it all fails – as it might — it’s Greece’s fault; “The risks of not concluding swiftly the negotiations remain fully with Greece."

European Commission (EC) President, notorious opportunist Jean-Claude Juncker, is “convinced” the Greek parliament will approve the deal. Translation, once again; it’s the troika highway, or roadkill – as in Grexit.

So Angela Merkel “wins”. Blitzkrieg Schauble “wins”. Germany’s “message” to other eurozone-troubled nations – Spain, Portugal, Ireland — is “try to pull something like this and we will go medieval on you.”

In a Voltairean best of possible worlds, Athens may have an opening now to go for those much needed drastic reforms in record time. And yet, good luck to anybody who will succeed in bringing Greek oligarchs to pay taxes. In a more realpolitik vein, one might venture that the eurozone – in the long run – is condemned.

Now it’s up to the Greek people to – once again — have the last word. On a practical everyday survival level, naturally millions will be relieved to see banks back in business, ATMs working, tourists back on the islands and their immensely devalued pensions and savings still denominated in euros.

And labor productivity in Greece was higher than in – yes – Germany. Up to 2008, Greece’s real GDP growth was at a 3.6% average, and Germany’s at a mere 1.3%. So much for the myth — largely peddled in Germany and other northern European nations – that Greeks are a lazy bunch sucking on generous pensions and unemployment benefits.

Germany’s “wasteland” victory may yet prove more then Pyrrhic. The lofty “institutions” of this undemocratic idea of Europe are vastly ignored – if not despised — by their so-called citizens. United States of Europe? It won’t happen. Ever. No wonder assorted cynics and stoics are now floating the idea of bringing back the Hadrian Wall – to separate the barbarians in the north from the cradle of Western civilization.