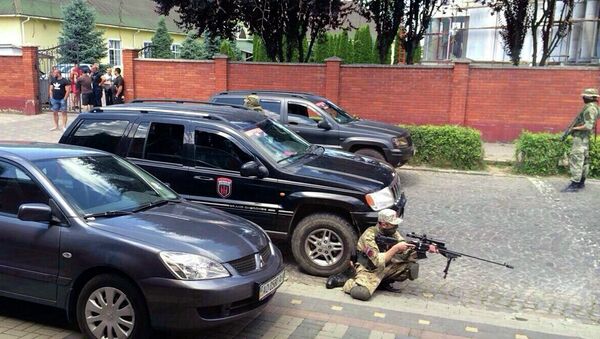 Hungary has tightened security at its border with Ukraine as militants from the far right armed group Right Sector clashed with police in the country’s western Zakarpattia region, local media reported Monday.

Two people were killed and nearly a dozen others were injured in a shoot-out in the city of Mukachevo in the Zakarpattia region of Ukraine's south-west.

Clashes involving firearms started on Saturday, when Right Sector fighters reportedly opened fire at a local sports center after failing to split spheres of influence with a local MP.

The ultranationalist party, which is officially banned in Russia, has also taken part in fighting rebels in eastern Ukraine. The extremists have rejected the Minsk ceasefire agreement, having called on President Petro Poroshenko to renew the military offensive in the eastern part of the country