MH17 Crash Investigation to Last Until End of 2015 – Malaysian PM 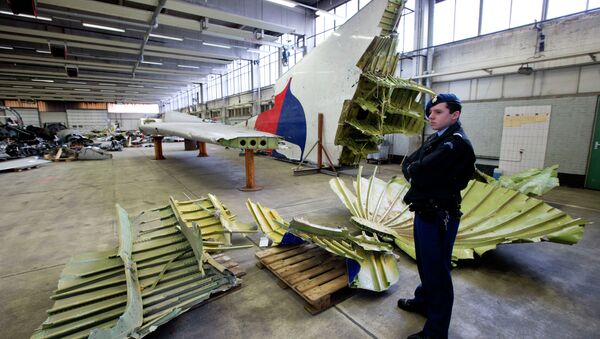 The investigation into the crash of the Malaysia Airlines flight MH17 in southeastern Ukraine will last until the end of the year, Malaysian Prime Minister Najib Razak has announced.

MOSCOW (Sputnik) – The Dutch Safety Board, investigating the circumstances surrounding the plane crash, has completed a draft report on the incident, which was received by the countries taking part in the investigation on June 2.

According to a September 2014 preliminary report by the Dutch Safety Board, MH17 broke up in the air after being hit by multiple objects from outside the airframe.

"At the moment, crime investigation is still ongoing conducted by the Joint Investigation Team comprising of Australia, Belgium, Malaysia and Ukraine. The Investigation is estimated to continue until the end of this year (2015)," Razak said as quoted by the New Straits Times newspaper on Saturday.

According to the prime minister, the last report on the MH17 incident will be published in early October 2015.

"Investigators now have a clear picture on the possible cause of the crash and are currently analysing and investigating all possible scenarios."

On July 17, 2014, flight MH17 was en route to Kuala Lumpur from Amsterdam when it crashed in southeastern Ukraine. All 298 people on board the aircraft died in the crash. 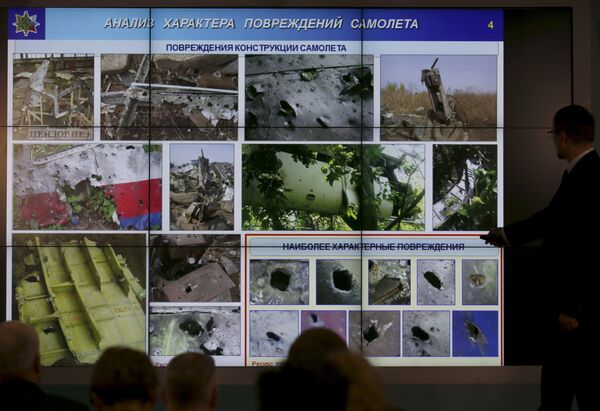 People attend a news conference, organized by officials of Russian missile manufacturer Almaz-Antey and dedicated to the Malaysia Airlines flight MH17 crash, in Moscow, Russia, June 2, 2015
© REUTERS / Maxim Zmeyev
On Saturday, families and friends of the victims gathered at the Kuala Lumpur International Airport to honor their loved ones. A moment of silence was observed at the memorial ceremony attended by some 1,000 people, according to the New Straits Times.

Independence supporters in Ukraine's southeast and Kiev forces, which launched a military operation against them in April 2014, have accused each other of causing the MH17 tragedy.

In June, Russian arms manufacturer Almaz-Antey unveiled the results of its own inquiry, showing that flight MH17 was downed by a guided missile launched by a Buk-M1 system. The particular missile has not been produced in Russia since 1999, but remains in service in the Ukrainian army, according to Almaz-Antey.