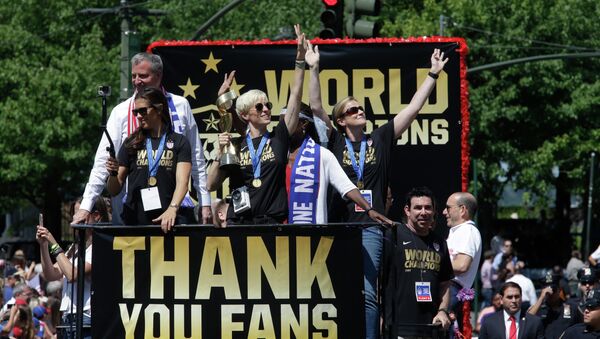 New York City administration can't receive enough money from sponsors for a parade honoring the recent World Cup victory of the US women’s soccer team, the city was $50,000 short.

On Thursday, de Blasio said he was confident he would be able to receive at least $500,000 for the parade.

“I think in terms of private sponsorship, we feel good that what we need, which is about a half-million dollars, will be there,” de Blasio said during a press conference.

“I think it’s going to be a great day for the city,” de Blasio added.

The match drew nearly 23 million television viewers, the best initial ratings ever for a US soccer broadcast on a single network, according to Fox.