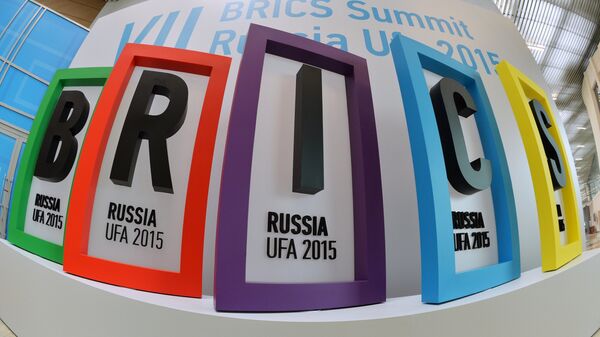 President Putin Holds Final Press Conference in Ufa
UFA (Sputnik), Daria Chernyshova — The BRICS group of emerging economies could together mount an effective campaign to reform the UN Security Council that has not been restructured in decades, Indian Ambassador to Russia Pundi Srinivasan Raghavan told Sputnik on Friday.

Ambassador Raghavan stressed that with two BRICS founders – Russia and China – as permanent Security Council members, the initiative to overhaul the Council had a chance of hitting home.

"If two permanent members of the UN SC along with some of the biggest developing countries of the world join together and make a real joint effort to reform global institution of governance, they will have a very strong impact," he told Sputnik.

BRICS Summit in Ufa Adopts Multiple Documents to Deepen Ties
He said the same was true for global economic institutions like the International Monetary Fund and the World Bank.

"The move to reform and democratize these institutions is one that has been going on for a long time. India has been very strongly for this," the diplomat added.

UN chief Ban Ki-moon has admitted that the 15-member Security Council needed to be reformed. His under-secretary, Jeffrey Feltman, said Thursday that the UN head would support the drive coming from UN SC member states.