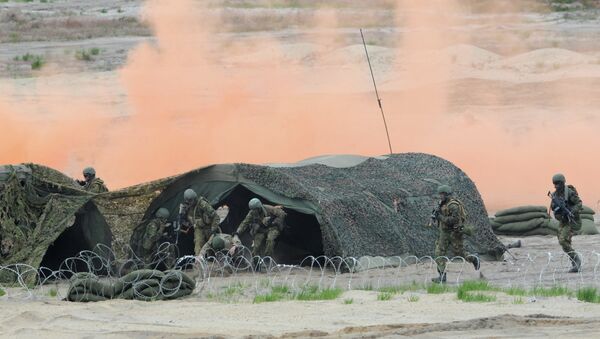 Alexander Neu, member of the German parliament (Bundestag) from the left-wing Die Linke party and member of the Bundestag Defense Committee, said these Baltic states "need to seek coexistence" with Moscow.

"At the moment they are doing their best to undermine this coexistence, believing NATO would support them."

Riga, Tallinn and Vilnius have actively requested NATO force expansion in the region, fearing a threat to their security stemming from Moscow. Poland, Romania and Bulgaria have agreed, along with the three Baltic nations, to host an increased US military hardware on their territories.

In addition to a growing number of rapid reaction force drills in the region, NATO maintains a policing mission in Baltic airspace.

Russia believes NATO’s expansion in Eastern Europe and the Baltics, including reports of deploying "counterforce" nuclear weapons in Europe, threatens its national security as well as the security of the globe.