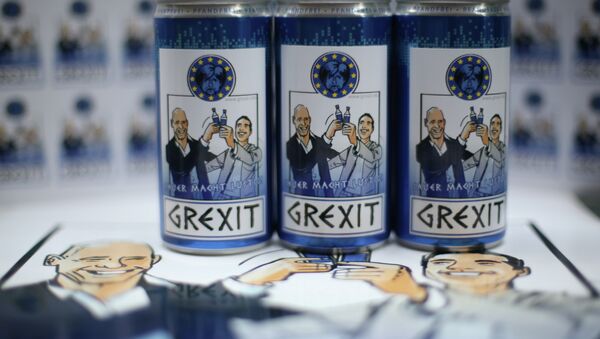 A Greek exit from the eurozone "will create quite a controversy in European public debates of what Europe is", according to Josef Janning, Senior Policy Fellow at the European Council on Foreign Relations.

"Would Greece leave the Eurozone or might it leave the EU altogether, that would trigger a lot of debates," Josef Janning, Senior Policy Fellow at the European Council on Foreign Relations, said.

Janning warned that a Grexit "will create quite a controversy in European public debates of what Europe is. And this I believe will strengthen those in the United Kingdom who don’t want to be part of European Union."

Pressure on the British government has mounted in the past several years after it failed to deliver on election promises to curb migration inflows from poorer EU nations and regain some of financial controls from Brussels.

Will Greece’s Tsipras Squander Precious Capital?
Last Sunday, the Greeks voted "No" to the harsh austerity demands of the country's creditors in a referendum. The vote reenergized the British protest movement. The Greek word for "No" – "Oxi" – became a rallying cry for thousands of Britons who gathered outside the parliament in London on Wednesday to protest a new budget that has slashed social spending.

Thanos Veremis, Professor Emeritus at the University of Athens, said the Greek government is yet to realize the implications of its "no" vote.

"The referendum, as an option, was the most convoluted decision ever made by a Greek government… Even agnostic Greeks are now praying that the Eurogroup's decision on July 10th will not result in a Grexit," Veremis told Sputnik.

Greece has until the end of Thursday to put forth new proposals for reforms that will then be reviewed by creditors over the next couple of days before being submitted at the full EU Summit on Sunday.

Grexit From Eurozone to Be Admission of Europe's Impotence - French PM
A failure at any of these stages may cancel additional loans to Athens, causing cash-strapped Greek banks to collapse and pushing the heavily indebted nation out of the eurozone.

Janning said a bankruptcy scenario was now very likely. "There is a distinct possibility for Greece sliding into bankruptcy which would then probably force the country to leave the eurozone," he said.

He added this scenario was now more likely because Greece appeared to him to be "incapable of servicing the next debt payments."

Greece’s next big payment is due on June 20 when it is supposed to repay $3.3 billion to the European Central Bank. Earlier this week, the ECB refused to raise the amount of emergency liquidity assistance to Greek banks.