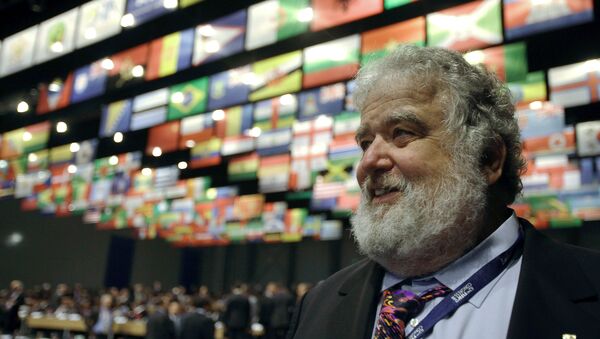 The decision, adopted by the FIFA Ethics Committee, takes effect immediately. It was made in response to a CONCACAF Integrity Committee final report based on information provided by the US Attorney’s Office for the Eastern District of New York.

"Blazer committed many and various acts of misconduct continuously and repeatedly during his time as an official in different high-ranking and influential positions at FIFA and CONCACAF," FIFA’s statement read.

Court papers released early last month documented Blazer admitting to 10 counts of corruption, dating back to 1992, including taking bribes to influence the 1998 and 2010 World Cup bids. Blazer headed CONCACAF from 1990 to 2011 and was on FIFA's executive board from 1996 to 2013.

In December 2011, Blazer quietly became an informer for the US Federal Bureau of Investigation (FBI). His activities with the law enforcement agency spanned 18-months and led to the ousters of former FIFA Vice President Jack Warner, Asian Football Confederation President Mohamed Bin Hammam, and the resignation of its long-embattled president, Sepp Blatter.

US Justice Department charged 14 people on May 27, including nine FIFA officials, with receiving $150 million in bribes over two decades. Seven of the FIFA officials were arrested in Zurich, Switzerland on a US warrant of federal corruption charges the same day.