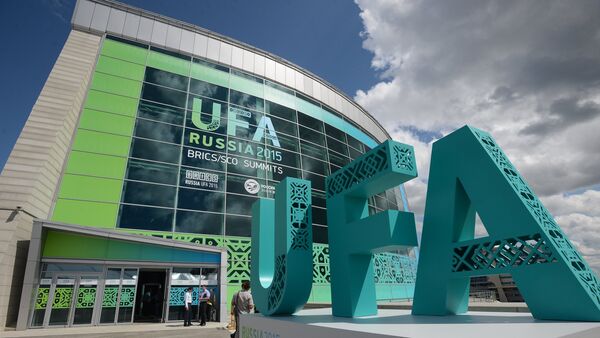 First BRICS Bank projects will come in to force in April 2016, according to the bank head.

MOSCOW (Sputnik) — The BRICS New Development Bank (NDB) will approve its first infrastructure projects in April 2016, the head of the bank told Sputnik on Thursday.

In July 2014, BRICS members — Brazil, Russia, India, China and South Africa — signed an agreement to create the NDB, a mutual development bank set to finance infrastructure and sustainable development projects in BRICS and other developing countries.

"We are looking forward to approving our first projects in April," President designate of the BRICS New Development Bank Kundapur Vaman Kamath said.

"We have talked to the BRICS governments to put together projects which we can look at in the next six months, so that we have them ready for approval in April next year," he said, adding that all the projects will be on the infrastructure area as the bank's initial idea supposes.

BRICS member states regard the NDB as an alternative to existing global financial institutions, such as the International Monetary Fund and the World Bank.

At the moment, the seventh BRICS summit is being held in the Russian city of Ufa on July 8-10, with participants discussing the issues of mutual cooperation, including on the NDB.