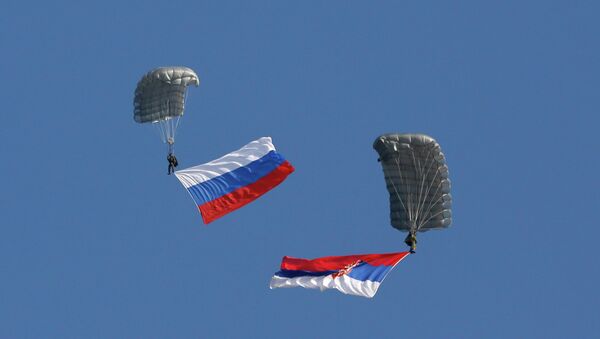 WASHINGTON (Sputnik) — Former US Ambassador Charles Freeman, a Lifetime Director of the Atlantic Council and co-chair of the US China Policy Commission, told Sputnik on Wednesday that Russia’s support for Serbia was a reassertion of traditional Kremlin values and ties going back well over a century.

“Russia is the historic protector of Serbia in the international system, just as the United States is the protector of Israel,” the envoy, a leading US expert on China and former ambassador to Saudi Arabia, said.

The draft resolution sought to condemn Serbia for alleged genocide in the killing of up to 8,000 Bosniak Muslims, mainly men and boys, in and around the town of Srebrenica in the 1992-95 conflict. Russia was the only country on the UN Security Council to oppose it.

Freeman also said the Russian veto was not an escalation of tensions with the West, nor a staking out of new claims for influence. Instead, it was a predictable act of diplomacy to protect an old friend from what was perceived in both countries as an unfair distortion of history.

“Nothing has changed,” Freeman said.

Russia’s diplomatic support for Serbia will strengthen its ties with traditional friends in contrast to its disillusion with major EU nations that still enforce economic sanctions, Ralph Winnie, vice president of the Eurasian Business Coalition in Washington, told Sputnik.

“The Russians are looking to diversify and Serbia could be useful to Russia down the line,” he added.

The small Balkan state “has resources, a growing market and even troops for security policing missions” in an increasingly unpredictable and unstable European security environment, Winnie commented.

Russia to Seek Compromise on UNSC Resolution on Srebrenica
Winnie said Moscow might follow up its warming relations with Serbia by courting other small Balkan states.

Michael Averko, a New York-based foreign policy analyst and regular contributor to Eurasia Review, agreed that the veto action at the UN should be seen in the context of warming ties between Russia and Serbia.

The veto move needed to be seen “in conjunction with the close historical [and] cultural ties between Russia and Serbia,” Averko told Sputnik.

The Russians recognized clearly that Serbia had not planned or sought to implement any campaign of genocide against Bosnian Muslims in the 1992-95 conflict in the former Yugoslavia, and they were making this point clear, he added.

“The Kremlin correctly recognizes what Srebrenica is and isn't,” Averko said.

In June 2015, Russian Foreign Minister Sergei Lavrov said the draft resolution was written in an anti-Serb tone and incorrectly interpreted, from a legal point of view, what had happened in Srebrenica.