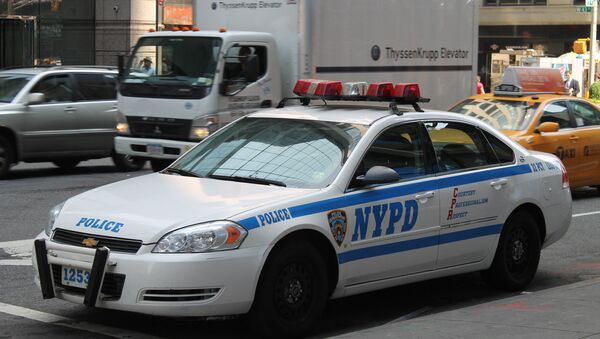 A new lawsuit filed against the NYPD alleges that officers attacked a 17-year-old autistic boy outside of his home, throwing him to the ground, slamming his head into the pavement, and punching him in the face.

Troy Canales, who is now 18, was so traumatized by the assault that he would not leave his home for a month, and had to have therapy to help him move away from the home gradually.

The incident occurred on November 12, around 8 pm, as Canales was leaning on a vehicle that was parked outside the family’s Bronx home.

Just before being thrown to the ground and assaulted, according to the lawsuit,  Canales said he was “minding my own business, when I saw a cop car turn the corner. And then I saw the cop car stop their vehicle and got out."

“They said, ‘What are you doing?’ And I said I wasn't doing nothing,” he stated.

After having his face smashed into the sidewalk, Canales reportedly cried and called out for his mother during the beating.  Hearing his screams, his mother Alyson Valentine ran outside and alerted the officers that he is autistic.

“All I see is my baby on the ground with a cop on his back,” Valentine told DNAinfo New York. “And they wouldn’t even give me any indication of what the reason why."

The officers ignored her pleas to leave him alone and took him to the station, where he was released an hour later without any charges or explanation, other than that one officer “feared for his life”.

“I’m sorry that this happened, but things like this happen.’" An NYPD captain reportedly told Valentine during her son’s release.

“I think maybe he didn’t have eye contact with them. Maybe that could have been a problem,” Valentine stated. “When he goes outside he thinks he’s normal but he’s not really normal, so he does things that people don’t really understand.”

Canales is fine with verbal communication, but has problems making eye contact, his mother explained.  Valentine is calling for police officers to have better training in recognizing and interacting with people who have disabilities.  She also believes that officers should know the people in the communities they are patrolling.

“I never told him how to behave if a cop stopped him,” she said. "If a cop comes to you, put your hands up, you know. Show them your hands so that way they wouldn’t feel a threat. But I never thought to tell him that because I never felt that he was capable of doing anything to get himself in a situation."