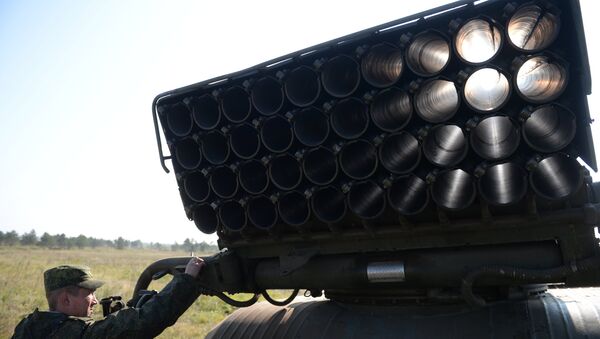 © Sputnik / Pavel Lisitsyn
/
Go to the photo bank
Subscribe
An upgrade to the sea-based “Grad M” multiple launch rocket system is under development in Russia; and plans are under way for the “Ogon” fire-throwing launcher to be modernized as well.

Back to Business: Land, Water, Marsh - No Obstacle for Russian Hovercraft
A new multiple rocket launcher is to replace the Russian “Grad M” and will be used as a universal platform for rockets of various purposes and calibers, Maksim Kuzyuk, CEO of the Russian holding “Tehnodinamika”, told RIA Novosti, adding that the preliminary designs have been completed.

The “Grad” is a 122-mm multiple rocket launcher system. It was developed in the early 1960s and is designed for attacking troops, unarmored and armored vehicles, artillery and mortar batteries, battle headquarters and other targets.

The weapons' producer also does not rule out that the Russian navy could request the modernization of the “Ogon”, a flame-throwing launcher utilized on the Zubr-class Russian ship, the world’s largest military hovercraft, which can simultaneously carry several tanks and up to 500 troops.