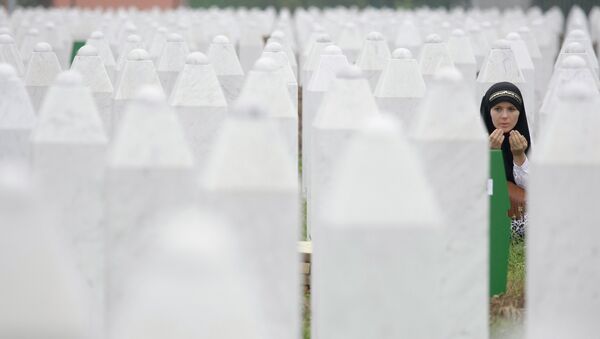 © AP Photo / Amel Emric
Subscribe
Russia's Permanent Representative to the UN Vitaly Churkin said earlier that the adoption of the resolution on Srebrenica, specifically the form it was presented, would aggravate the situation in the region, as there was no consensus on the issue even in Bosnia and Herzegovina itself.

Russia Regrets UK Insisted on Srebrenica Resolution Vote in UNSC
On Sunday, the presidents of both the Republika Srpska, Bosnia and Herzegovina, and the Republic of Serbia, who do not deny the crime, but do not refer to it as genocide, asked Russia to veto the adoption of the resolution in the UN Security Council.