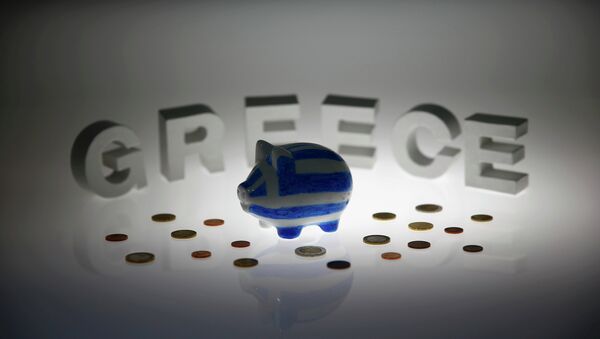 Earlier in the day, German Bild newspaper reported that the International Monetary Fund (IMF) had estimated Greece's financial needs for the next two years at $56.2 billion.

"Let's rely on the rules of the troika institutions and not on the Bild newspaper when regarding the financial needs of Greece," Jaeger told reporters.

He added that a comprehensive program of reforms was needed.

Greece Asks Eurogroup for Three-Year Loan - Finance Minister
Following several failed attempts to agree with Athens on a new bailout program for the debt-ridden country, on Tuesday the Eurozone leaders set a Friday deadline for Greece to present economic proposals in exchange for debt restructuring and investment in the Greek economy by the European Union.

European Council President Donald Tusk said Wednesday that "the last chance procedure has just started" after Eurogroup President Jeroen Dijsselbloem had received earlier in the day a formal Greek request for the European Stability Mechanism (ESM) program, as was agreed on Tuesday.