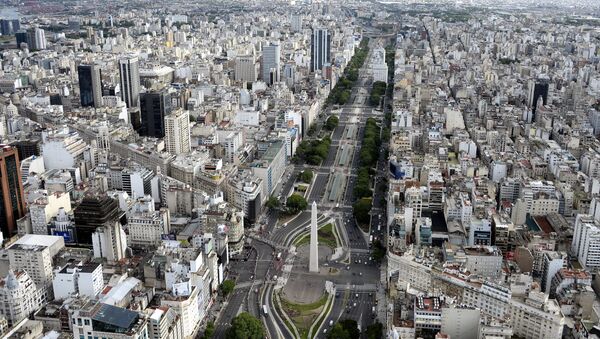 Argentina and Russia have common political interests and share a multipolar vision of the world, Argentinian Vice President Amado Boudou said during a lunch with diplomats and journalists in MoscowTuesday.

MOSCOW, July 7 (Sputnik) — According to Boudou, an agreement on developing a comprehensive strategic partnership signed in April after talks between Russian President Vladimir Putin and his Argentinian counterpart Cristina Fernandez de Kirchner showed that the country’s close views predetermined the highest level of relations between both states.

"I believe that we share a very strong position with a common vision of the need for a multipolar world to ensure the existence of an inclusive and autonomous policy in our countries."

Russia's Rosatom Remains World Leader in Nuclear Reactor Design
Boudou stressed the importance of international cooperation, in particular within the framework of the Group of 20 (G20). He pointed out that, following the 2008 financial crisis, members of the group met even more frequently than scheduled, and their consensus on the fight against the crisis was reflected in adopted documents.

However, as soon as the financial institutions showed signs of recovery, the country's leaders abandoned the informal meetings, Boudou stated.

As relations with the West in 2014 became strained over the crisis in Ukraine, Moscow significantly expanded its cooperation with Latin American countries.

In April, Argentina's Ambassador to Russia, Pablo Anselmo Tettamanti, said that the two countries are currently experiencing the best level of communication in a 130-year-long history of bilateral relations.