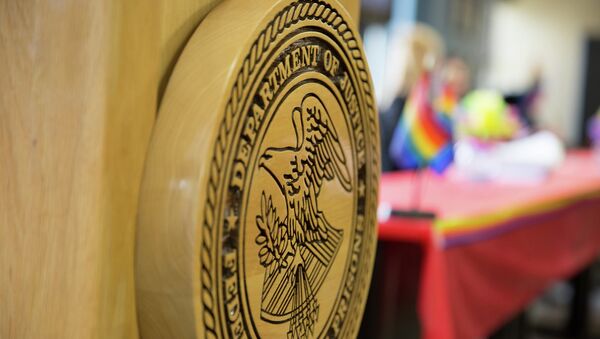 © Flickr / Dallas County District Attorney's Office
Subscribe
International
India
Africa
Edward Snowden’s Russian lawyer Anatoly Kucherena said that US courts must not be linked to a political power and the case of Snowden should be handled exclusively by the US Department of Justice.

Former Attorney General Eric Holder has credited NSA whistleblower Edward Snowden with spurring a “necessary debate,” and stated Monday he believes that the “possibility exists” that the Justice Department could work out a deal to potentially return him to the United States.

Following the attorney’s comment, Edward Snowden’s Russian lawyer Anatoly Kucherena spoke to Sputnik on Tuesday saying, “I believe that the statement Holder made following his retirement is his personal opinion. Although the fact that the former US Attorney General makes such statements indicates that situation is not that simple.”

“Recently we constantly hear the State Department say that Snowden has committed a crime and must be brought to justice. But it seems to me that the US courts must not be linked to a political power and the case of Snowden should be exclusively with the US Department of Justice,” Kucherena told Sputnik.

He further said that Edward Snowden did not violate the US law; hence, “prosecuting a person on the basis of national stance or inner convictions is unacceptable.”

Eric Holder Hints US Justice Dept Might Be Down to Deal With Snowden
In 2013, Holder filed a criminal complaint against Snowden, charging him with three felony violations of the US Espionage Act for his massive data leaks that exposed illegal US government surveillance programs.  He could face up to 30 years in prison on just these counts alone.

Russia has not received any requests for the extradition of Edward Snowden, lawyer told Sputnik.

"Russia has not received any applications, requests for his extradition, and discussing this today is very difficult, because, in order for Edward to defend himself, he needs to understand what he must defend himself from. But no such documents have been addressed to Russia," Kucherena said.

“The more I talk to Edward, the more I am convinced that he is a true patriot of the United States and he would certainly be willing to go back, but today we see that the case is not in the legal but a political plane and even assuming that it will be an honest, fair trial is impossible.”