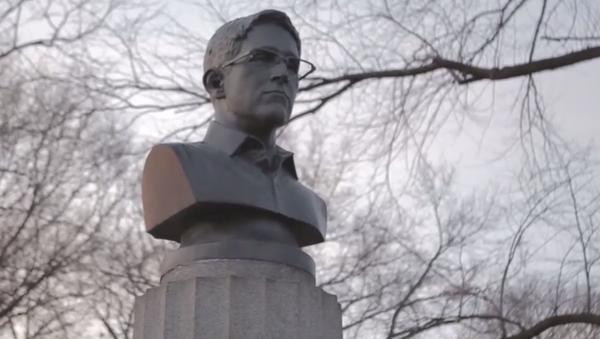 © Youtube/animalnewyork
Subscribe
International
India
Africa
The world is preparing to defend the whistleblower, and the so-called Snowden Treaty is gaining momentum, a Brazilian activist told Sputnik.

David Michael Miranda, partner of the US journalist who analyzes and publishes Snowden’s files, Glenn Greenwald, said discussions to adopt a so-called Snowden Treaty are nearing the final stages. The new agreement will afford "legal asylum and free movement of former [NSA] staff between signatory countries."

"It will be a breakthrough," Miranda told Sputnik.

Two weeks ago, French Justice Minister Christiane Taubira said she "would not be surprised" if Paris offered Snowden and WikiLeaks founder Julian Assange, both wanted in the United States on charges of espionage, asylum in France.

Miranda, who launched the "Avaaz" campaign to offer Snowden asylum in Brazil in 2013, told Sputnik the Snowden Treaty is gaining momentum.

"So far we have received a positive response from the authorities of Argentina, Mexico and Venezuela in Latin America, while France, Germany, Holland, Spain and Greece could join the treaty from Europe," he said.

After leaking an estimated 1.7 million NSA and other classified intelligence documents implicating US, UK and other so-called Five-Eyes alliance nations of global espionage, Snowden has found temporary asylum in Russia.